Comedian and actor Ellen DeGeneres appeared on the cover of TIME in 1997 along with three seismic words: “Yep, I’m gay.” The lead character on her sitcom, Ellen, came out at the same time, making DeGeneres the first to play a gay lead on American network TV. It was an enormous risk. At the time, polls showed that more than half of Americans believed same-sex relations were “always wrong.”

There was blowback. But ultimately the risk paid off, and not just for Ellen, who described the decision as “the most freeing experience.” As she persisted and then thrived in show business, generations of LGBTQ people felt a new sense of possibility. “If I hadn’t seen her on TV,” comedian Kate McKinnon, an openly lesbian cast member on Saturday Night Live, said in a tribute this year, “I would’ve thought I could never be on TV.” –Katy Steinmetz 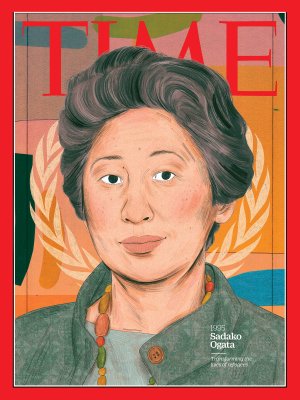