By 1989, Madonna, the scrappy performer born Madonna Louise Ciccone, was already a superstar: she’d whirled onto the landscape, in a torn-up T-shirt and two wrists’ worth of rubber bracelets, just as America was awakening to the AIDS crisis, and for young people became a symbol of determination and self-invention. She had defied our expectations so many times. How many surprises could she have left up her lace sleeves?

The bombshell answer came in the form of a hymn of joyous carnality, “Like a Prayer,” the lead single and title track of her fourth studio album. In the video, Madonna—sending a marvelously mixed message of purity and seduction in a 1950s-style slip, a discreet cross sparkling around her neck—spreads her gospel of joy and erotic ardor within the sacred confines of a country church. A statue of a saint, presumably Martin de Porres—he’s a black man locked in his own little cage, a not-so-metaphorical prison—comes to life and kisses her gently on the forehead. This could be the start of a mutual seduction, but he leaves her. She seizes a dagger and wraps her fingers around the blade, though the resulting cuts aren’t the normal kind: stigmata flower in the palms of her hands like two bloody pennies.

Pepsi had used “Like a Prayer”—accompanied by tamer imagery—in a commercial. But the video cast the song in a new light, and religious groups were enraged. Pepsi canceled her contract in response. Yet Madonna’s allegedly blasphemous act of creation carried her all the way to the bank: “Like a Prayer” spent three weeks at No. 1 on the Billboard Hot 100, and the album on which it appeared went on to sell more than 15 million copies. Even more significantly, this close-to-perfect song marked Madonna as an artist in it for the long haul, one whose marriage of provocation and pop would inspire future generations to shape their careers in her image. She couldn’t be underestimated or circumscribed, least of all by a multibillion-dollar corporation. She was a material girl, always, but only on her own terms. —Stephanie Zacharek 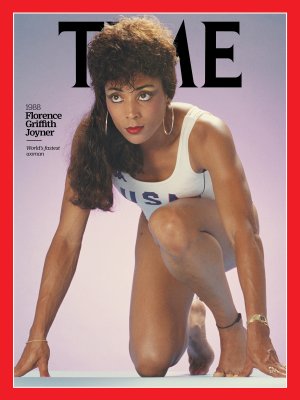