Buy the cover art→
Painting by Lauren Crazybull for TIME

In 1985, Wilma Mankiller paved the way for female leadership in America when she became the first woman to be Principal Chief of the Cherokee Nation, the largest tribe in the U.S., a role she held for a decade, ushering in an era of prosperity, cultural revitalization and self-governance for Cherokee people.

Mankiller was born in 1945 in Tahlequah, Okla., on rural family land. In the 1950s, federal relocation programs that attempted assimilation by moving Native people into cities sent her family to San Francisco. They lived in urban poverty and faced discrimination and racism, but were also surrounded by a strong, political and diverse indigenous community, which formed a foundation for Mankiller’s feminism and belief in the power of Native communities to support and govern themselves.

In 1977, she moved back to Oklahoma with her children and lived without running water or electricity on her family land. Using her knowledge of Native sovereignty, political history and federal Indian law, Mankiller worked for the tribe, embodying the Cherokee concept of gadugi—collective community work toward a common goal.

When Ross Swimmer sought a running mate in the 1983 Cherokee Nation election, he selected Mankiller despite her relatively recent return to the Oklahoma community. They overcame hesitancy and sexism from voters, and won. In 1985, Swimmer was tapped for a role in the federal government and Mankiller took over as Principal Chief. Her policies were progressive; she saw the interconnectedness of economic growth and social programs, putting revenue from casinos and other tribal economic ventures back into health clinics, job training and other self-determination initiatives. Mankiller won two more terms as Principal Chief before deciding not to run for re-election in 1995 because of poor health. During her time as chief, tribal enrollment grew, infant mortality dropped and employment rates doubled.

Mankiller died in 2010, leaving a legacy of cultural pride. “I want to be remembered as the person who helped us restore faith in ourselves,” she once said. Indeed, her policies on health care, education and self-governance for the Cherokee Nation provided a model that would be followed by other tribal nations, and the U.S. —Adrienne Keene

Keene is an assistant professor of American studies and ethnic studies at Brown University, and author of the blog Native Appropriations 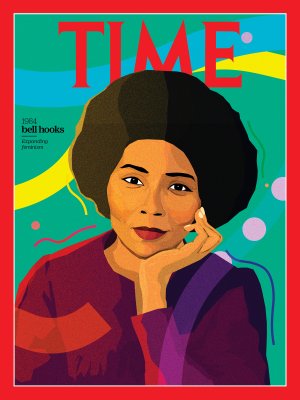