Françoise Barré-Sinoussi didn’t plan on becoming a scientist; she fell into her career as a virologist only after volunteering at the Pasteur Institute in her hometown of Paris. She ended up earning a Ph.D. there and went on to play a pivotal role in identifying the human immunodeficiency virus, or HIV, responsible for AIDS. In 1983, with Luc Montagnier, she extracted the virus from the swollen lymph nodes of patients suffering from the then mysterious illness, and discovered it was a previously unknown retrovirus that attacked human immune cells.

She shared the Nobel Prize in 2008 for her work, which led to the development of life-changing anti-HIV drugs that have saved millions of lives. But Barré-Sinoussi knows her work isn’t done. Nearly 40 years after her discovery, 38 million people around the world are still living with HIV. Not all of them have access to medications, and even if they do, they need to take them for life. So she continues to search for new ways to prevent and control HIV. “We cannot cure HIV yet,” she told TIME in 2014. “The epidemic is not over, and the treatments are not perfect. There has been a lot of progress, but it’s not enough.” —Alice Park 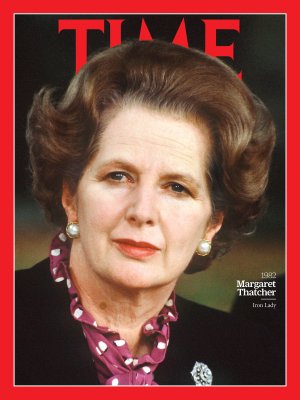 1982: Margaret Thatcher
Next Up: Editor's Pick