For Egyptian psychiatrist, feminist and novelist Nawal El Saadawi, prison was a rebirth. The 1972 publication of her fundamental work of feminist criticism, Women and Sex, had cemented her reputation as a fearless commentator on women’s rights in Egypt. In 1981, she was jailed for “crimes against the state” for her outspoken views, including her criticism of female circumcision. For El Saadawi, the sentence was a clear demonstration of the link between political power and patriarchy. With eyebrow pencil and a roll of toilet paper, she wrote of her experience: Memoirs From the Women’s Prison, published in 1983, became the basis of a continued body of work that has shaped the discourse on women’s liberation in the Arab world. —Aryn Baker

More Must-Read Stories From TIME
SHARE THIS STORY
Each product we feature has been independently selected and reviewed by our editorial team. If you make a purchase using the links included, we may earn commission.
Read Next 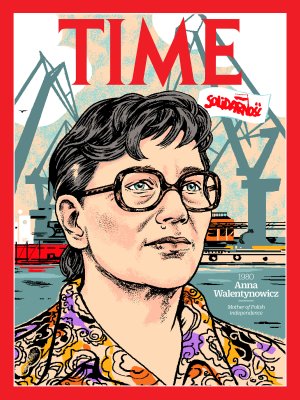 1980: Anna Walentynowicz
Next Up: Editor's Pick