Roe v. Wade, the Supreme Court decision that legalized abortion nationally, profoundly altered American law, life and politics. It is in many ways ground zero for the tremendous gains women have made in the decades since. It also created a legal framework that would later be used to extend rights to LGBTQ people.

Known by the pseudonym Jane Roe, the plaintiff grew up poor, abused by those who were supposed to care for her. After she became pregnant with her third child, she connected with Sarah Weddington and Linda Coffee, lawyers looking to challenge abortion restrictions (she at one point fabricated a gang rape, believing that might legally entitle her to an abortion, but the allegation was not in the lawsuit). In the three years it took the case to reach the Supreme Court, she gave birth to a child she placed for adoption.

Roe built on earlier decisions legalizing contraception based on a right to privacy that the justices determined derived from several different amendments to the constitution. These newfound rights to plan wanted pregnancies and end unintended ones upended traditional gender roles as Americans knew them. We know now that being able to choose when and whether to have children makes women more likely to finish their education, more financially stable and less likely to stay in abusive relationships. States with fewer abortion restrictions have lower rates of maternal and infant mortality.

The case galvanized the pro-life movement. When Jane Roe revealed herself to be Norma McCorvey in 1984, she was harassed and threatened; someone shot through her windows and she replaced her front door with one made of steel. McCorvey was an abortion-­rights advocate for years before becoming “100% pro-life” in the ’90s. She died in 2017.

Today, while women continue to reap Roe‘s benefits, the question of abortion’s legality remains at least politically unsettled. Every Supreme Court nominee encounters the same litmus test: Will you uphold Roe v. Wade? With a historically conservative court, the right to safe abortion seems less secure than ever. —Jill Filipovic

Filipovic is the author of The H-Spot: The Feminist Pursuit of Happiness 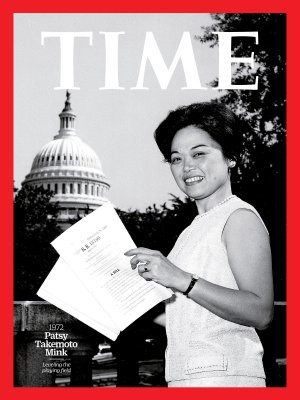