Soong Mei-ling is as much an architect of modern China as any communist revolutionary. The Wellesley-educated wife of Nationalist leader Chiang Kai-shek was instrumental in winning U.S. support for China’s war against Japan (1937–1945), becoming the first Chinese national to address both houses of Congress. At home, she was seen as power-hungry but, through her New Life Movement, helped foster an upright Chinese identity in opposition to supposed Western decadence, prefiguring some of the ideological zealotry of the Cultural Revolution. In 1937, TIME named her Person of the Year alongside her husband, declaring, “No woman in the West holds so great a position as Mme Chiang Kai-shek holds in China.” —Charlie Campbell 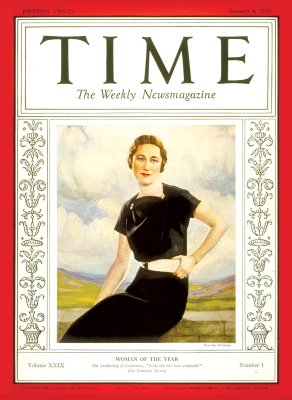