'Hong Kong is at an Existential Crossroads.' Joshua Wong on the Future of His Homeland

Pro-democracy activist Joshua Wong speaks to the media outside the Legislative Council shortly after being released from prison on June 17, 2019 in Hong Kong.
Carl Court—Getty Images
Ideas

In the early summer of 2016, for a single minute every night the facade of the tallest building in Hong Kong, the International Commerce Centre (ICC), transformed into a giant digital timer. Second by second, the clock counted down to 1 July 2047, the expiration date of the ‘one country, two systems’ framework that guarantees Hong Kong’s semi- autonomy. The light installation was the handiwork of two young local artists who wanted to express their anxiety over the looming deadline and Beijing’s tightening grip on the city. Once the building’s management realised the subversive message, the ICC cancelled the light show and distanced itself from the artwork. But the artists had already achieved their goal: images of the so-called ‘countdown machine’ had been plastered across social media and in newspapers the world over.

There is the colonial-era cliché that Hong Kong is a borrowed place on borrowed time. Like all clichés, this one contains a measure of truth. Before the Handover, nervous citizens counted down to the end of British rule. As soon as the clock struck mid- night on 30 June 1997, a 50-year timer began to tick. To its 7.5 million inhabitants, Hong Kong is one big rental unit and we are its tenants. Nothing ever belongs to us completely or permanently.

But we don’t need to wait until 2047 to know that something isn’t quite right. Two decades into the sovereignty transfer, the real impact of Chinese rule, however innocuous it first appeared, has finally registered. Citizens are coming to the realisation that ‘one country, two systems’ is more a myth than a promise. Popular uprisings in recent years, from the Umbrella Movement to the still-unfolding Extradition Bill crisis, have underscored the inherent contradictions within the framework: how can anyone trust a totalitarian state to run or even tolerate a free society?

“Hong Kongers have been taken in by the Chinese Communist Party,” I often say to foreigners who ask me what I think of “one country, two systems.” “The CCP doesn’t understand liberal values, let alone embrace them. It’s as paradoxical as the United States running a communist territory on its soil.”

Any way you cut it, a democratic Hong Kong under Chinese rule is as out of place as a square peg in a round hole.

China and Hong Kong haven’t always been at odds with each other. It’s hard to imagine that there was actually a time, not too long ago, when mother and child were on good terms. After the British colony transitioned into a special administrative region without a hitch, citizens began to see their destiny intertwined with that of their mainland brothers and sisters. They believed that if China prospered, so would Hong Kong, and vice versa. Cross-border economic integration wasn’t only an inevitability, it was also an opportunity. Many who had fled Hong Kong before 1997 decided to return; some even moved to the mainland in search of better wages and advancement prospects.

After the SARS outbreak in 2003, the central government relaxed travel restrictions for mainlanders to visit Hong Kong in an effort to revive our slumped economy with tourism dollars. Grateful citizens who had been traumatised by a deadly disease welcomed them with open arms. After a catastrophic 8.0-magnitude earthquake levelled parts of Sichuan Province in 2008, Hong Kongers returned the favour and paid it forward. They opened their hearts and wallets, donating hundreds of millions in aid and provisions. The first Sunday after the disaster, my church congregation observed a moment of silence to honour earthquake victims and set up donation boxes all around the premises.

A light show on the facade of the International Commerce Center, Hong Kong's tallest building, features a countdown of the seconds until the ''one country, two systems'' framework expires on May 18, 2016 in Hong Kong.
Lam Yik Fei—Getty Images.

A semblance of patriotism among citizens started to emerge. It continued to grow and peaked during the 2008 Beijing Olympics, China’s coming-out party to the world. Hong Kongers flocked to the capital to root for their ‘home team’, waving the Five-starred Red Flag and chanting ‘Add oil, China!’ meaning ‘Go for it!’ I was 11 years old at the time and one of my classmates who had gone to the games gave me a keychain with a Fuwa, the official mascot. He showed me pictures of him posing in front of the iconic Water Cube aquatics centre; the entire family was wearing matching ‘I Heart China’ T-shirts.

But the flash of China pride didn’t last. The massive, unrestrained influx of cross-border visitors started to snarl traffic and the city gradually devolved into a giant duty-free shop for mainlanders. Retail rents skyrocketed and beloved local restaurants and family shops gave way to faceless skincare chains and pharmacies to attract the red dollar. Worse, Hong Kong became a haven for well-heeled Chinese businessmen and high-ranking officials to hide their fortunes from the authorities, bidding up property prices in the process. In the ten-year period before the Umbrella Movement, residential property prices more than doubled and Hong Kong was the world’s most expensive city in which to buy a home year after year.

Our everyday grievances told only half the story. Since President Xi Jinping took power in 2012, Beijing’s grip on Hong Kong society has gone from tight to choking. From the 31 August framework that dashed our hopes for universal suffrage to the booksellers’ abductions, Oathgate and political imprisonment, Hong Kongers can feel the political ground simultaneously shifting and shrinking beneath their feet. Successive political showdowns bear out the notion that Hong Kong has not and will never shed its colony status. We’ve simply been handed from one imperialist master to another.

The growing sense of unbelonging towards the motherland contributed to a collective identity crisis. Survey after survey has shown that citizens, especially the youth, are distancing themselves from the ‘Chinese’ label and increasingly identifying themselves as ‘Hong Kongers’, ‘Hong Kong people’, or any other appellation that doesn’t contain the ‘C word’. This ‘anything but Chinese’ sentiment swelled as a new identity was being forged. This new self-image is best captured in the protest anthem from the recent Extradition Bill crisis, titled ‘Glory to Hong Kong’:

When the dawn comes

in the revolution of our times

Our quest for freedom and democracy will not falter

May glory be to Hong Kong

The love-and-hate relationship between mother and child is a two-way street. As much as Hong Kongers view Communist China with distrust and disdain, Communist China, too, is re-evaluating its approach to running Hong Kong. China’s accession to the World Trade Organization – and the breakneck economic growth that followed – means Hong Kong is not nearly as financially and strategically important to Beijing as it once was. In fact, China has made a concerted effort since the Handover to groom Shanghai and Shenzhen as viable replacements to the wayward child. More and more multinationals are bypassing Hong Kong and setting up regional headquarters on the mainland, despite the many perils of doing business in China, from intellectual property theft to the lack of rule of law.

To the Communist leadership, Hong Kong is no longer the proverbial goose that lays the golden egg. What was once a gateway to China is now perceived by Beijing as a burgeoning base of subversion. Both the Umbrella Movement and the Extradition Bill crisis are viewed as open challenges to Chinese rule. If left unchecked, freewheeling dissent may spread to the mainland and threaten the very stability of the Communist regime. By Beijing’s calculations, the special administrative region is more trouble than it’s worth, and the only way to rein in what the leadership regards as a bunch of Westernised cry-babies is to keep them in a state of perpetual adolescence, never allowing them to achieve political maturity.

This mutual distrust and disdain are the backdrop against which Hong Kong heads toward 2047. The prognosis for the remaining 20 or so years is grim, as repression begets defiance and defiance begets more repression. This gloomy outlook is not lost on us. Already a second exodus is under-way as Hong Kongers flee the city en masse like their parents did in the 1980s and 90s. In the past two years since I was in prison, many relatives and family friends have uprooted their lives and moved overseas. These days, local bookstores are filled with titles like Hong Kongers’ Guide to Opening a Café in Taiwan and Emigration to Europe for Dummies. The same conversations my parents’ generation used to have in their twenties and thirties are once again heard around the dinner table and at the office drinks machine: ‘How does the Australian point system work? Will my score go up if I purchase a property?’ or ‘You should leave now while your kids are still small, they’ll assimilate better and learn to speak English without an accent.’

Nearly halfway through its 50-year countdown, Hong Kong is at an existential crossroads. The assumption that half a century is plenty of time for Communist China to democratise or at least meet us halfway in terms of political reform has been spectacularly disproved. Come 2047, the city will either stay put – if Beijing thinks it serves its interests to renew the ‘one country, two systems’ policy – or, more likely, fully integrate with the rest of China in a ‘one country, one system’ scenario. Based on the current trajectory, the popular lament that ‘Hong Kong will become just another mainland city’ seems inescapable. The other two options – that Hong Kongers will achieve total independence or outlive the Communist regime as Eastern Europe did with the Soviet Union – both appear implausible given China’s seemingly unstoppable rise to economic and political dominance.

But no matter how grim the future looks, I refuse to give in to the growing sense that there is nothing we can do and that Hong Kong is finished. As the clock ticks down to 2047, I am more convinced than ever that our quest for freedom and democracy will prevail in the end. My optimism is rooted not only in my conviction that democracy is an inevitable global movement, one that even the most formidable regime cannot reverse, but also in my unshakable faith in the people of Hong Kong. We are united by our courage, tenacity, resilience, ingenuity, resourcefulness and sense of purpose, summed up in a single phrase long used to describe the core essence of Hong Kongers: the ‘Lion Rock spirit’. It is the collective belief that we can overcome any adversity if we try hard enough, a belief inspired by the namesake mountain that has been watching over our land since time immemorial.

I will be exactly 50 years old in 2047. I want to be able to tell my children that their father once fought a good fight to safeguard their homeland. I will tell them that their father didn’t make the same mistake their grandparents’ generation did at the Handover, when they let other parties decide their own future.

From UNFREE SPEECH: The Threat to Global Democracy and Why We Must Act, Now by Joshua Wong with Jason Y. Ng. Published by arrangement with Penguin Books a member of Penguin Random House LLC. Copyright © 2020 by Joshua Wong and Jason Y. Ng. 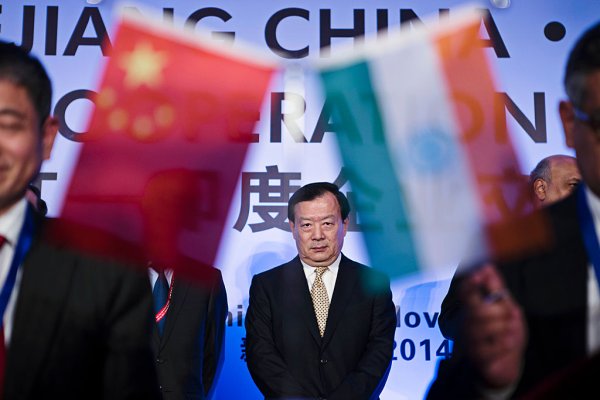