Boris Johnson’s government unveiled plans to end what it called the U.K.’s dependence on “cheap low-skilled labor” and deliver on its pledge to halt freedom of movement from the European Union after Brexit.

Under a points-based immigration system to come into effect on Jan. 1, 2021, workers must prove they can speak English, have a verified job offer and meet a points threshold based on their specific skills, qualifications and prospective salaries, according to a government policy paper published Wednesday.

The system will “bring overall migration numbers down” while attracting “the brightest and the best from around the globe,” Home Secretary Priti Patel told LBC radio. The aim is to “end our reliance on low-skilled workers that are obviously — more often than not — low paid,” she said.

Johnson has repeatedly said voters opted for Brexit at least in part to control immigration, but the plans triggered immediate warnings from businesses about the impact of anticipated worker shortages. A government advisory group estimated last month that 70% of EU workers already in the U.K. wouldn’t have qualified for visas under the new rules. The government says companies must “adapt” and do more to train the domestic workforce.

“The speed and scale of these changes will require significant adjustment by businesses,” said Adam Marshall, Director General of the British Chambers of Commerce. “Companies are already investing heavily in home-grown talent across the U.K., but critical labor shortages mean firms will still need access to overseas workers at all skill levels.”

A table published by the Home Office showed 70 points would be needed to get a visa. Examples include 10 points for speaking English, 20 points for a job offer, 20 for a salary of 25,600 pounds ($33,000) or above, and 20 points each for a post-doctoral qualification or a job in a designated shortage occupation.

Although Johnson has branded the rules a complete change, it largely involves making EU citizens apply for visas under the existing system for non-EU migrants. That will include student visas. With employers no longer able to access the entire EU to fill job vacancies, required thresholds on the existing system have been lowered, both in salaries and required qualifications.

In moves describing how the U.K. border itself will work from next year, the government said that EU citizens will be able to use electronic gates, reducing waits, and they won’t need a visa for stays of less than six months.

The existing system for high-earners and the most skilled, which allows them to come to the U.K. without a job offer, will likewise be extended to EU citizens, the government said, though it gave fewer details.

Read more: How Brexit Broke Britain and Revealed a Country at War With Itself

Representatives of the social care, hospitality and food industries were among those quick to criticize the new system. Minette Batters, president of the National Farmers’ Union, told the Times newspaper plans to restrict visas for low-skilled workers could severely affect the sector. The opposition Labour Party said the government’s plan amounted to a “salary threshold system” that will make it difficult to attract needed workers and pledged to challenge the proposal as the legislation goes through Parliament. The pro-EU Liberal Democrats said the proposal is “based on xenophobia.”

But Patel argued that the government is delivering on what voters demanded in the 2016 Brexit referendum, and when they kept her Conservative Party in power in general elections in 2017 and 2019. The public “are fed up,” she told LBC. “They want to see a British government with its own immigration policy and system, a government that would take take back control of our borders.” 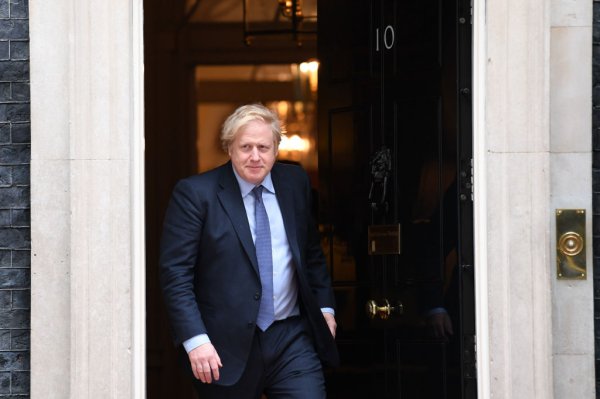