The British Government Says E.U. Citizens Will 'Be Able to Stay' After Brexit, But Some Anxiety Remains

European Union citizens living in Britain will not automatically be deported even if they fail to prove they’re legally allowed to reside in the U.K. after Brexit, the British government has said. But many are still anxious the new rules could leave them with an insecure immigration status after Brexit happens on Jan. 31.

Citizens of E.U. countries automatically have the right to live and work in any other member state — but after Brexit, Britain will no longer be an E.U. member and new rules will begin to apply.

There are some 3.5 million citizens of E.U. member states currently living in the U.K., many of whom have lived in the country for decades. Nearly 2.7 million have already applied to remain in the country after Brexit.

But, given the British government’s “hostile environment” policy against illegal migration, many E.U. nationals who have applied are still anxious about whether they will be able to stay in the country they call home after it leaves the E.U.

“This is quite interesting because there already isn’t automatic deportation. This isn’t how things work,” says Maike Bohn, co-founder of the3million, an organization set up to lobby for the rights of E.U. citizens in the U.K. after Brexit.

“But the hostile environment policy in the U.K. makes it impossible for people to live their lives without settled status. You cant get healthcare, you can’t get a job. It’s a bit like social cleansing.,” says Bohn.

The U.K. government said Friday that those who failed to apply by the 30 June 2021 deadline for E.U. nationals to apply for “settled status” in the U.K. would be given an opportunity to prove why they hadn’t submitted their documents before being deported. (Settled status gives E.U. citizens the same legal rights as British citizens to live and work in the U.K. and access services like education and healthcare after Brexit.)

“We have made it clear that where people have reasonable grounds for missing the original deadline, they will be given a further opportunity to apply,” the Home Office said in a statement.

“We want those who have made the U.K. their home to be able to stay, which is why we are providing certainty to millions of E.U. citizens across the country,” a spokesperson for Prime Minister Boris Johnson’s office, 10 Downing Street, said.

But some E.U. citizens still voiced concerns. “That’s exactly the problem,” says Bohn. Currently, the U.K. government’s assurances to E.U. citizens are not written down in law — instead, they are in immigration rules, which can be changed by the government. “Unless we have it written down as physical policy, it’s meaningless,” Bohn says.

The fate of the Windrush generation, who immigrated to Britain after the Second World War, is fresh in Bohn’s mind. Under Prime Minister Theresa May, many people from that generation were asked to prove they were legal residents of the U.K., despite having lived in the country for decades and receiving assurances from past governments. The unlucky ones who were unable to find old documents proving they had lived in the country each year of their lives were stripped of their rights to healthcare and some were even deported.

For us, the lesson of Windrush was that the U.K. government changes the rules halfway through the game,” says Bohn. “For some people, 40 years into the game. We’re tying to preempt that.” 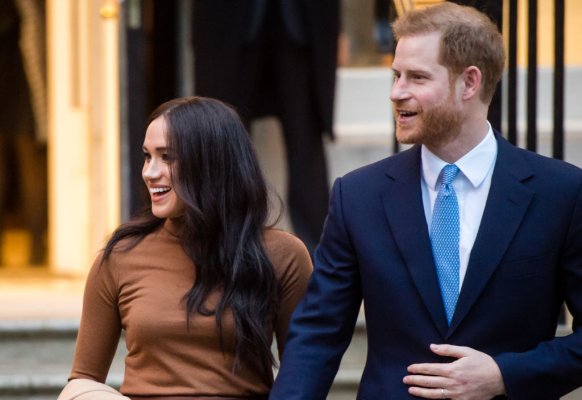