Due to Climate Change, Even Norwegians Are Skiing Indoors This Winter

Participants ski on the courses at the Sno indoor skiing resort in Lorenskog, Norway, on Monday, Feb. 10, 2020. The resort opened its doors just one month ago, during the country's warmest January on record.
Odin Jaeger—Bloomberg/Getty Images
By Laura Millan Lombrana and Jonas Cho Walsgard / Bloomberg

(Bloomberg) — On a Monday morning in February skiers glided down the run, while snowboarders nearby practiced jumps on the ramps and tired visitors rested on red picnic chairs and munched snacks as they recovered.

The scene could be that of any winter morning on any ski resort in Norway — the cradle of modern skiing — except that snow hadn’t fallen from the sky, and the view of a powder-coated Scandinavian forest was printed on a giant panel built on the side of the slope.

Norway’s Sno resort opened its doors just one month ago, during the country’s warmest January on record. The project is the brainchild of Olav Selvaag, a member of one of Norway’s richest families, known for real estate and property development. Among the owners is Norwegian billionaire Stein Erik Hagen.

They conceived the installation for locals to use during winter when bad weather hits the real resorts, and for ski addicts and tourists who might want a taste of the Scandinavian ski experience during the summer. Now, climate change and unusually warm winter weather have altered that plan.

“The winters are varying a bit more than one could wish,” said Sno Managing Director Morten Dybdahl. “They have become shorter and there’s more variation, therefore there’s a market for a facility like this.”

Last month was the hottest January in the 141 years that global temperature records have been kept, according to the U.S. National Oceanic and Atmospheric Administration. Europe’s Copernicus Climate Change Service reported that some areas in northeastern Europe were more than 6 degrees above the 1981-2010 January average. Some parts of Norway were 25 degrees Celsius warmer than usual.

On the ground, that has resulted in one of the worst ski seasons ever in Norway, a country where the sport has become a key part of the culture and of people’s identity. This year they aren’t alone in lamenting the weather—climate change and the lack of snow has impacted the tourism industry from the Alps in France, Switzerland and Austria to the Chilean Andes.

Ski resorts at high altitude and in northern Norway have historically registered below-zero temperatures most days in February, according to a report by the country’s meteorological institute on Monday. The situation is different in southern Norway, with ski stations posting more days of above-zero temperatures between 1990 and 2019 than between 1961 and 1990.

Earlier this month, just outside the Sno hangar, the thick Scandinavian forests were a lush green and a nearby lake was unfrozen. A floating platform for swimmers and sunbathers in summer was still in place, and thermometers marked some 5 degrees Celsius, compared to the usual sub-zero temperatures.

The installation sits on a mountain slope just 15 kilometers (9.3 miles) away from the capital Oslo and can can host 350,000 skiers a year, paying 350 kroner ($38) for an adult day pass. It features a 500 meter slope for downhill and a 1 kilometer to 1.5 kilometer cross country track.

Tourists can arrive in street clothes and rent the full equipment. Among them was Jeanette Lonborg, from Denmark, who chose Sno over Trysil, a resort about 200 kilometers north of Oslo, for an experience as part of a three-day visit. “It’s convenient, it’s fantastic and it’s very nice,” she said, adding it was her first time alpine skiing.

Rather than welcoming temperatures that are pushing skiers toward an installation conceived for bad weather days and summer tourists, Sno’s Dybdahl worries that climate change might kill Norwegian skiing altogether.

“There’s no market for a facility like this if the winter would disappear,” he said. “We have built this because we realize that the winter is shorter. But we’re dependent on that there’s winter so that people still have an interest for skiing.” 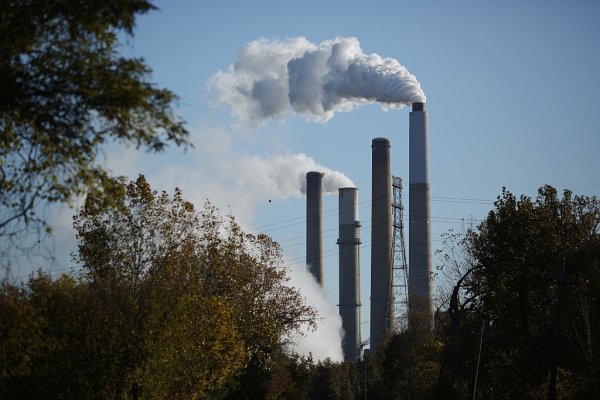 A Growing Group of Big Businesses Backs a Carbon Tax. Will It Make a Difference?
Next Up: Editor's Pick