Europe faced its warmest January on record, about 0.36°F (0.2ºC) warmer than the previous warmest January in 2007 and 5.58°F (3.1°C) warmer than the 1981-2010 January average for the region, according to a European Union climate agency. Europe also had its warmest year on record in 2019, with temperatures surpassing more than 2.16°F above the 1981-2010 average, according to the Copernicus Climate Change Service.

Global temperatures this January were also the warmest on record for the month of January — but only marginally so. They were 0.054°F (0.03°C) higher than temperatures in January 2016, which was previously considered the hottest January, and 1.386°F (0.77°C) warmer than the average temperatures for January from 1981-2010 — the dates for which the Copernicus Climate Change Service has compiled data.

This January, Norway recorded its second-warmest month since 1900, and Finland experienced its warmest January since at least 1961. Above-average temperatures in the month extended beyond Europe to “almost all of Russia,” as well as “most of the USA and eastern Canada, over Japan and parts of eastern China and Southeast Asia, over the state of New South Wales in Australia and over parts of Antarctica,” according to the Copernicus Climate Change Service.

2019 is considered the second-warmest year globally ever recorded, as carbon dioxide concentrations in the atmosphere continued to increase. “The last decade has been the warmest on record: These are unquestionably alarming signs,” said Jean-Noël Thépaut, Director of ECMWF Copernicus, in a January press release. Last year, scientists in Hawaii said that the concentration of carbon dioxide in the earth’s atmosphere has reached levels not seen for 3 million years.

The National Oceanic and Atmospheric Administration in the U.S. noted that January 2020 was the country’s fifth-warmest January on record (dating back 126 years), with 48 states facing “above to much-above-average temperatures last month.” The average January temperature across the U.S., barring Alaska and Hawaii, was 35.5 °F (1.94 °C) 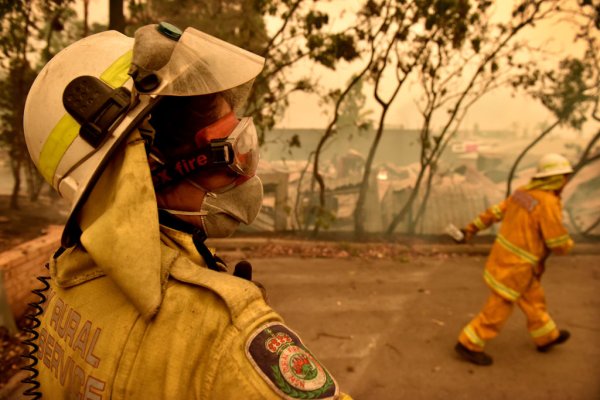 2019 Was 2nd Hottest Year Globally on Record
Next Up: Editor's Pick