Now that all six leads from Friends have finally joined Instagram, there was ample opportunity for some nostalgia-fueled posts when Jennifer Aniston’s birthday rolled around on Tuesday. But while Lisa Kudrow and Matthew Perry both shared old photos of Aniston from her days playing Rachel, it was Courteney Cox’s present-day snapshot that seemed to resonate with Friends fans most.

Cox’s birthday tribute to Aniston involved her attempting to cosplay as her longtime friend, but admitting that she ultimately came up short. “No matter how hard you might try… there’s only one Jennifer Aniston,” she captioned the photo, which featured her posing next to Aniston in a lookalike wig, outfit and pair of glasses. “Happy birthday my dear friend @jenniferaniston! I love you!”

Cox and Aniston have appeared to maintain a close friendship in the nearly 16 years since Friends ended and are frequently spotted hanging out together. According to Cox, Aniston is even responsible for her posting one of her best Friends-themed Instagrams: the one where Monica visits her old apartment building.

“I was at Jennifer’s house. She’s like, ‘Post that now and see what happens,’ because she’s not on Instagram yet,” Cox said of the video of her walking towards the NYC building that was used for exterior shots in the sitcom during a 2019 appearance on Busy Tonight. “I’m thinking to myself, it’s probably better to post this between 9 and 12 because that’s where my fans are. But I didn’t, I posted it late at night and it’s still — it worked.” 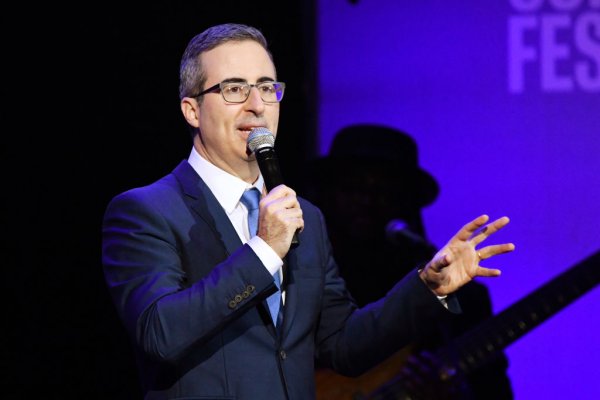 John Oliver Weighs in on Meghan Markle and Prince Harry's Plan to Scale Back Their Royal Family Roles
Next Up: Editor's Pick