The 5 Best Songs of the Week, From Joji to Kamaiyah

This week, Joji is back with a new song about heartbreak. Oakland rapper Kamaiyah also prepares for her debut album release with the searing “Set It Up.” JP Saxe releases his intimate new EP, Hold It Together. Madison Beer plays with words on the cheeky “Good in Goodbye.” And pop protest singer MILCK offers an alternative anthem in “If I Ruled the World.”

Just when you think you know what Joji has in store, he switches it up. That’s the case with “Run,” the downbeat, elusive R&B track from the Australian-Japanese artist who first blew up with his comic YouTube presence and then again in 2018, thanks to his moody music and a viral song. Now he’s back with “Run,” a looping, angsty tune, heavy on the downbeat, in which he tests out an emotive falsetto and features a guitar solo. The subject? Heartbreak, of course. “Guess I’m not enough, like you used to think / So I’ll just run,” he intones — it’s bleak, but it’s honest.

“Set It Up,” Kamaiyah feat. Trina

Bay Area rapper Kamaiyah has been a rising star for a few years, following the promising debut of 2016’s A Good Night in the Ghetto. Label delays have kept her full-length debut at arm’s length, but it’s all finally happening this month. “Set It Up,” her new single, is a good taste of the energy, fire and bounce that Kamaiyah brings to her rhymes: there’s laser-focused anger, leveled over a bold West Coast bounce beat. Along for the ride is Miami rapper Trina, as the duo lambast a less-than-ideal guy without remorse.

Canadian singer-songwriter JP Saxe is brutally honest. Not in a cruel way, but in a tender, heart-on-your-sleeve way that turns his acoustic ballads into gently crushing conversations, in the vein of his recent collaborator Julia Michaels. His new EP, Hold It Together, sees Saxe exploring the weird — sometimes lovely, sometimes painful — emotions that bubble up in relationships. “3 Minutes” is sweet but salty, the kind of chat you need to have with a friend. (Or maybe someone who could be more than a friend.) “You’ve got a lot of great songs about a lot of sh-t guys, you did more with three minutes than they’ll do with their lives,” he insists. “I think we got used to love that put us second… It really should have been us all along.” There’s a jazzy piano riff and an upbeat chorus, yet it’s success is really in the delicate balance between lamenting the past and building something new.

Hey kids, as Taylor Swift once insisted, spelling really is fun — at least it is with Madison Beer. Consider: “You put the ‘over’ in lover, put the ‘x’ in ex, ain’t no ‘I’ in trouble, just the ‘u’ since we met / Cuz you’re toxic boy, I don’t even gotta try to find the g-o-o-d in goodbye.” It’s some fun wordplay, and a handy showcase for Beer, who started out as a teen posting YouTube covers that garnered celebrity attention for her honeyed, beyond-her-years vocals. Now 20, she’s spun that into a pop career that puts that voice front and center. This is the lead single off of Beer’s upcoming debut album, and it stakes out her space as a voice to be reckoned with, easily stealing center stage over the song’s dark beat.

“If I Ruled the World,” MILCK

There’s a lot of frustration, navel-gazing sadness and anxiety in today’s pop. MILCK tries something else: unabashed anthems of protest and uplift. Gaining traction in 2018 with her #MeToo anthem “Quiet,” “If I Ruled the World” is unafraid to be optimistic, an immediate singalong over a joyful beat. Sometimes it’s nice to hear about what could be: “If I ruled the world,” she dreams, “You’d see a doctor if you’re sick, Mary, don’t you worry ’bout it, ’cause there’d be no crazy bill, no more thousand-dollar pills.” Also addressed: recycling, body positivity, equality, food security, education. All of that could feel gimmicky, but her earnestness — and the particular moment into which this song is coming out — makes it feel urgent. 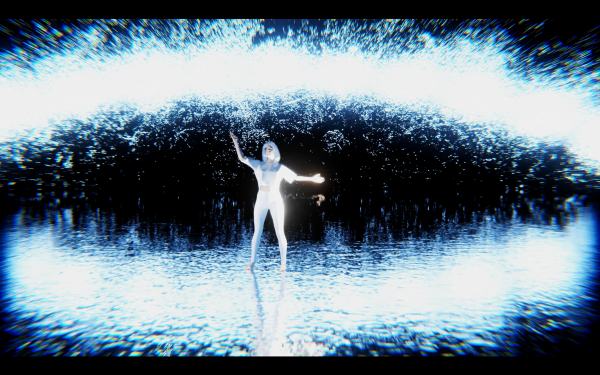 'There's a Wide-Open Horizon of Possibility.' Musicians Are Using AI to Create Otherwise Impossible New Songs
Next Up: Editor's Pick