In 2013, George Miller — called Joji — wasn’t known for his music. He was known as a hugely popular comic YouTube personality called Filthy Frank, in the tradition of Jackass. But there are no traces of that earlier, cruder identity on the night he descends on Manhattan’s Bowery Ballroom for a packed show.

He’s there to perform his brand of hypnotic R&B for a crowd that seems to know every word. For good reason: his debut album, October’s Ballads 1, topped Billboard‘s R&B/Hip-Hop chart, becoming the first project from an Asian-born artist to do so, and his songs have since racked up nearly half a billion streams on Spotify alone. Joji’s music is melancholy and layered, mixing tender melodies with edgy lyrical content. His persona is low-key funny, social media feeds dappled with bad-angle selfies and jokes delivered in meme language. His videos are cryptic and dark.

“I’m just a quirky, quirky guy,” he shrugs backstage just before the show in the theater’s cramped green room.

Joji, who is half Australian and half Japanese, grew up in Osaka, Japan. He taught himself how to make music using GarageBand after hearing Lil Wayne’s 2008 hit “A Milli” and wanting to recreate the beat. (Joji’s other favorites early on were 50 Cent and Limp Bizkit.) “I tried drum lessons for a month and didn’t learn anything, couldn’t do it,” he admits now. He tested out ukulele, piano and guitar — but is the first to admit that his strength is not in formal training, but instead in his knack for unusual production.

He was always making music, but his YouTube channel’s success came first, in which he created a comedy universe with its own devoted Wiki for inside jokes. In 2013, dressed in a pink lycra bodysuit, he helped launch the shockingly viral “Harlem Shake” dance trend that would rile up the internet. (Since then, dance challenge videos have become an online norm.)

But in 2017 Joji retired from his YouTube career, having grown out of the style of the content and needing to address “pretty gnarly” medical issues he was dealing with, as he describes it.

He linked up with 88rising, a music collective and record label that supports artists of Asian descent; a new documentary tracks how Joji’s label mates like Indonesia-born Rich Brian and China’s Higher Brothers are challenging norms around Asian-originated music, including putting on a dedicated summer music festival. With their support in place, Joji set about making — and releasing — the kind of music that he wanted to create: idiosyncratic, complex songs that speak to listeners mired in end-times malaise.

On album opener “Attention,” for instance, Joji leans into his lullaby-like tendencies: “When you cry, you waste your time over boys you never liked,” he complains, almost mumbling. Then the static and reverb kick in, turning his voice into a resonant undercurrent. “I know I’m cryptic, and I’m worthless… I don’t wanna die so young, got so much to do.” Or there’s the elegiac “Yeah Right.” “I’ma f–k up my life,” he sings, ever so sweetly. “We gon’ party all night. She don’t care if I die.” The delicate chords, underlined by warm, heartbeat percussion, are offset by the nihilism of the lyrics.

“It’s an ‘everyone’s going through a tough time’ sort of a vibe,'” Joji says of his music. It’s certainly not the norm for popular music coming out of Japan, where bright, bubbly J-pop dominates, although Joji has supporters across other parts of Asia and has become a favorite for in-the-know U.S. fans. “It’s just a whole different marketplace,” he shrugs about his home country, waving at a future attempt to break through there.

For now, he doesn’t need to worry. At the New York show, Joji comes onstage in a puffer coat and no shirt, singing woozily into a mic. A few weeks later, Joji would go viral again — this time when his song “Slow Dancing in the Dark” became the backbone of the “Microwave Challenge” trend, in which people shared videos of themselves rotating in one place, seemingly without propulsion. (88rising traced the trend to K-pop group BTS; their leader, RM, is also a known Joji fan.) Joji himself wouldn’t go on to acknowledge the song’s use for weeks, at which point the song broke through onto the Billboard Hot 100, a slow-burning success story and a strange echo of his earlier brush with viral fame.

Joji may not have planned for internet celebrity, but it seems to follow him, even as he morphs character. “‘An un-aimed arrow never misses’ is what the actor [who played] Anakin Skywalker said in an interview,” Joji says evasively of his career journey; like virality itself, it’s hard to predict. “I’m always changing. There’s nothing permanent, for sure.” 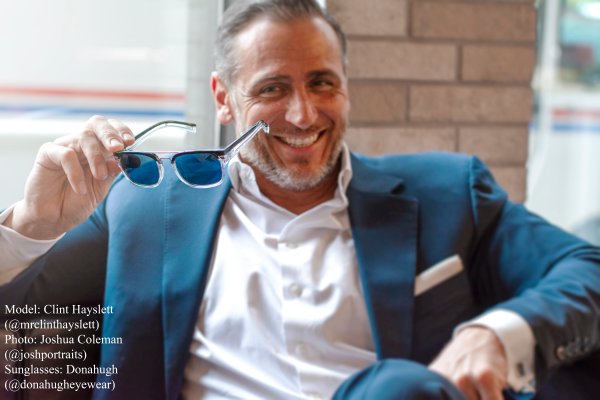 'I'm Worn Out. I Am Wiped Out.' Meet the Scorching Dad Who Burnt the Internet to a Crisp With His Model Meme
Next Up: Editor's Pick