As President Donald Trump finished his State of the Union Address on Tuesday night, Speaker of the House Nancy Pelosi was seen ripping up a copy of the President’s speech.

The White House responded quickly, accusing Pelosi of disrespecting the Americans that Trump had praised during his State of the Union address.

Pelosi and Trump have long had an awkward relationship; tensions only rose after Pelosi came to embrace the idea of impeaching Trump. Earlier in the evening, Trump appeared to dodge an attempted handshake from the House Speaker. At the end of last year’s State of the Union, Pelosi’s clap and pursed lips led to widespread speculation about whether her applause was sarcastic. She later said that her actions were in support of Trump’s call for bipartisan cooperation. 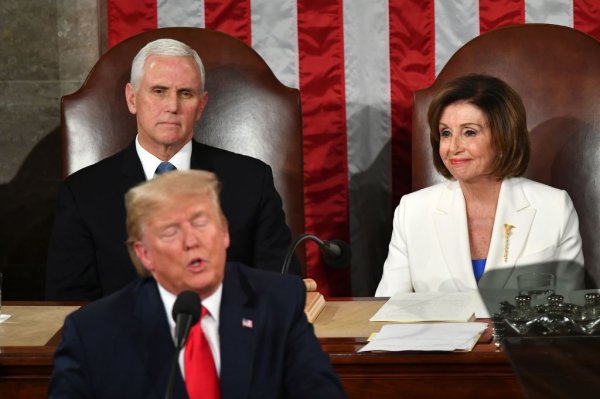