By now, it’s the photo seen ’round the internet world: Speaker of the House Nancy Pelosi engaged in a deliberate clapping gesture towards President Donald Trump as he gave Tuesday night’s State of the Union address. Thanks to her pursed lips and the direction of her applause, snapped mid-motion, spectators and commentators had a field day with Pelosi’s reaction. The literal clapback instantly became a meme.

But as Pelosi told reporters on Wednesday, it was not actually meant as a sarcastic gesture. Rather, she was showing genuine support for one of Trump’s statements. Trump had just delivered this line: “We must reject the politics of revenge, resistance and retribution and embrace the boundless potential of cooperation, compromise and the common good.” The message of bipartisan cooperation was one the Democratic leader could get behind, and did so with her clap.

“Look at what I was applauding,” Pelosi told the press. “I wanted him to know that it was very welcomed.”

So while we may read plenty of other emotions into Pelosi’s appearance in the photo, let the record show that she was genuinely applauding Trump in the moment. Her official, overall response to the rest of his rhetoric in the speech, however, was less than positive. 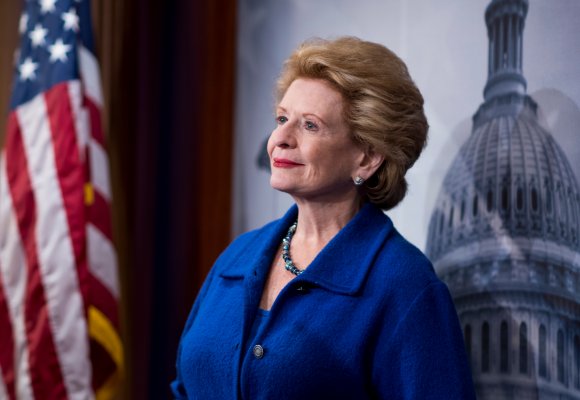 Sen. Stabenow Explains Her State of the Union Reaction
Next Up: Editor's Pick