Citing diplomatic immunity, the U.S. formally refused a request from the British government Thursday to extradite Anne Sacoolas, an American citizen and wife of a U.S. diplomat, who is accused of causing the death of British teenager Harry Dunn by dangerous driving in August, 2019.

Dunn was killed when the car Sacoolas was driving on the wrong side of the road struck his motorbike near a base used by the U.S. Air Force in Croughton, U.K.

Sacoolas left the U.K. after being questioned by police, citing diplomatic immunity. Dunn’s family has since mounted a campaign to have her extradited to face charges.

Announcing that Sacoolas would not be extradited, the State Department said granting the request “would render the invocation of diplomatic immunity a practical nullity and would set an extraordinarily troubling precedent.”

“The United States has a history of close law enforcement cooperation with the United Kingdom, and we value that relationship,” a State Department spokesperson said, according to NPR. “The United States government again expresses its sincere condolences and sympathy to the Dunn family for the loss of their son.”

Radd Seiger, the Dunn family spokesperson, said Thursday on BBC Radio 4 that “history was made” by the decision. “It is the first time the U.S. has turned down a U.K. extradition request. It is one of the darkest days in the history of this special relationship,” he said, going on to demand a meeting with Prime Minister Boris Johnson.

The dispute threatens to open a rift between the U.S. and Britain ahead of talks on a post-Brexit seen as crucial by the British government.

U.K. Foreign Secretary Dominic Raab condemned the U.S.’s decision. “We feel this amounts to a denial of justice, and we believe Anne Sacoolas should return to the U.K.,” he said in a statement, adding he had conveyed his disappointment to the U.S. Ambassador, Woody Johnson. “We are now urgently considering our options. I also explained that the U.K. would have acted differently if this had been a U.K. diplomat serving in the U.S.”

Sacoolas said through her lawyers earlier this month that she has no intention to return to the U.K. “This was an accident, and a criminal prosecution with a potential penalty of 14 years imprisonment is simply not a proportionate response,” her lawyer Amy Jeffress said.

President has Trump previously defended Sacoolas, blaming the U.K.’s system of driving on the left hand side of the road for the collision. “It happens in Europe, as the roads are opposite. It’s tough if you’re from the United States. You do make that right turn when you are supposed to make a left turn; the roads are opposite. She says that is what happened. That happens to a lot of people, by the way.” (Most countries in Europe, unlike Britain, drive on the right hand side of the road.) 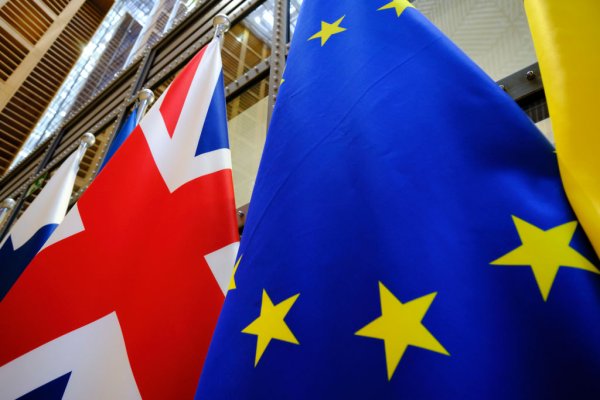 The British Government Says E.U. Citizens Will 'Be Able to Stay' After Brexit, But Some Anxiety Remains
Next Up: Editor's Pick