A Teenager's Death Has Put Diplomatic Immunity Under a Spotlight

An international law that largely shields foreign diplomats and their family members from criminal prosecution has come under scrutiny after the wife of an American diplomat left Britain following a crash that killed a 19-year-old man.

But despite growing calls in the U.K. for U.S. officials to waive the woman’s diplomatic immunity protections, such a revocation rarely happens, the State Department says, and experts don’t think this case will be any different.

“It’s highly unlikely that the U.S. will waive immunity,” says Craig Barker, a dean and international law professor at London South Bank University. “I don’t think the special relationship to the U.K. will make an iota of a difference.”

The teen, Harry Dunn, died Aug. 27 in Northamptonshire, England, after a 42-year-old American woman allegedly driving on the wrong side of the road struck him head-on while he was riding a motorcycle, police said. Over the weekend, authorities in Britain revealed that the woman, who has been identified as Anne Sacoolas, was no longer in the country. The news was met with swift backlash, especially since police say she told them she had no plans to leave during the investigation into the crash.

Calls to a number listed for Sacoolas in Virginia did not go through and were met with a constant busy signal.

Under international law, foreign diplomats and family members enjoy certain protections that allow them to avoid prosecution for almost any crime unless the diplomat’s home country waives immunity, according to the 1961 Vienna Convention on Diplomatic Relations. While it’s not clear whether the woman is fully entitled to these protections, Charles, British Prime Minister Boris Johnson and local authorities have all urged U.S. President Donald Trump to intervene.

“This is a tragedy of the largest proportion,” Northamptonshire Police, Fire and Crime Commissioner Stephen Mold tells TIME. “At the end of the day, there is a special relationship between the U.K. and the U.S. We ask them to treat this as though it was the other way round.”

Immunity is considered a cornerstone of diplomacy and is intended to protect diplomats and their families in hostile environments or from harassment in host countries, according to Scott Anderson, an international law expert at the Brookings Institution in Washington, D.C., who is also a former U.S. diplomat. Yet many in the general public have long seen the privileges as problematic, allowing diplomats to flout laws as minor as paying for parking tickets. In 1975, when a Barbados ambassador claimed his immunity extended to his dog, which had bitten multiple people in New York, the case was seen as a questionable abuse of the protections.

This week, a new poll found that 84% of Britons and 63% of Americans agree that diplomatic immunity should not be invoked in the case of Dunn’s death. But the process of waiving immunity for diplomats is not simple. In a statement, the State Department said immunity waiver cases are “considered carefully given the global impact such decisions carry” but that “immunity is rarely waived.”

Last year, the U.S. refused to waive immunity for its diplomat, Col. Joseph Hall, when he was accused in Pakistan of killing a motorcyclist after running a red light. Hall left Pakistan, which drew much ire from Pakistani officials who wanted the U.S. to revoke his immunity so he could be criminally charged.

Only the most egregious criminal cases involving malicious conduct seem to have resulted in revocations, Anderson says. In 1997, when Gueorgui Makharadze, a diplomat from the country of Georgia, caused a crash that killed a 16-year-old girl and injured four other people while he was driving drunk in Washington, D.C., Georgian leaders initially claimed immunity for Makharadze, who was the second-highest-ranking diplomat in the embassy at the time. However, they later waived his immunity, at the request of the United States, and allowed the U.S. to prosecute Makharadze. He pleaded guilty to involuntary manslaughter and aggravated assault and was sentenced to seven to 21 years in prison. Makharadze served some of that time in the U.S. before being returned to Georgia, where he served most of the sentence.

After Jairo Soto-Mendoza was accused of killing a man who had mugged his son in London in 2002, the Colombian diplomat claimed diplomatic immunity. Following pressure from British officials, Colombia waived his protections, and Soto-Mendoza had to face trial in London, where a jury acquitted him in 2003.

The circumstances in each case are different, experts say, and it’s impossible to rely on previous incidents to glean future results. Anderson says many factors are considered in every case, including the nature of the crime, the politics between the two nations and even the personalities of the world leaders involved. “There are no set of rules that predict particular outcomes,” Anderson says.

Other international law experts agree and say Trump’s unpredictability could lead to a new precedent. “You just don’t know with Mr. Trump,” Barker says. “Because he could play the humanitarian card. This could be seen as a bit of a feather in his cap.”

With additional reporting by Rachael Bunyan 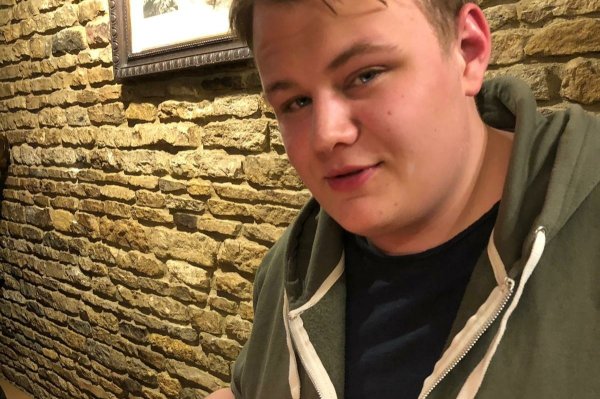 Diplomat's Wife Suspected in Fatal U.K. Car Crash Returned to the U.S. After Telling Authorities She Would Stay. Here's What to Know
Next Up: Editor's Pick