All The Best Times Pitbull Was the Ultimate Hype Man

“What happens in Miami,” Pitbull famously said in 2012 song “Last Night,” “never happened.” Recently, he’s been repeating the phrase as hype builds around Super Bowl 2020 in the Florida city.

It’s a classic Mr. 305-ism — or Mr. Worldwide-ism, as he is even more commonly known these days. Pitbull, real name Armando Christian Pérez, has built a superlative identity for himself around both his musical prowess during his multi-decade career as a rapper, entrepreneur and party-maker and his abilities as the ultimate hype man. His words don’t always seem logical. (See above.) But there’s no denying they can get the party started.

Here, we’ve broken down some of the best times Pitbull came through to push us forward, pared down into the phrases that he returns to again and again as life mantras. Because long before there was Jerry from Cheer with his mat talk, we’ve had Mr. 305 singing his way into our hearts. And as a de facto ambassador for Miami — home of this weekend’s big Super Bowl LIV on Sunday, with star halftime show performers Jennifer Lopez and Shakira — there’s no doubt Pitbull will be back in the spotlight, repping for his hometown as he appears on the Super Bowl’s pregame show.

Pitbull’s seminal catchphrase “Dale” is perhaps one of his most contributions to the culture. Roughly translated as “give it,” it’s been his signature since he came on the scene in the early 2000s. It’s in his songs (“I can’t promise tomorrow, but I promise tonight, dale”) and in his social media. It’s the ultimate two-syllable pump-up. It is Pitbull epitomized.

“Turn a negative into a positive.”

“Took my life from negative to positive” is one of Pitbull’s most famous lyrics, from his 2011 number-one hit “Give Me Everything.” He’s been saying a variation of this line for years, however, delivering it in interviews to explain the narrative path of his life, from his early days growing up as a child of Cuban immigrants in Miami to now. “To be able to come from nothing to something, and go from being maybe the delinquent from Miami to…the son of Miami, like you were saying, it just goes to show you, man: You never know what you could do with life. And that’s why I tell everybody out there: Why dream when you can live it?” he told NPR last year. It’s a running theme for him.

Pitbull’s whole thing is to make the best of your situation and live life to the fullest, a sentiment he’s attributed in interviews to his mom. So it’s no surprise that another one of his lyrics from 2019’s “Yayo” is “Live life, don’t let life live you,” a concept that he has repeated in his weekly #MotivationMonday posts on social media, too, in a couple of different forms.

“There’s no losing, only learning”

Pitbull also loves to talk about how his darkest moments taught him lessons that have helped him become an even bigger success. He doubled down on the idea of failure as a stepping stone to self-discovery in a motivational speech in 2017 that has become a YouTube favorite to fans. “Failure is the mother of all success,” he said.

The sentiment is one he’s repeated on social media regularly, too.

This past fall, Pitbull also flipped a sample from “Black Betty” and turned it into the Blake-Shelton-featuring song “Get Ready” on his most recent album Libertad 548, a track that blended country and Latin influences. Ever since, however, he’s been taking full advantage of the addition of “get ready” to his arsenal of slogans, turning the simple phrase into one more Pitbull-ism for the year ahead. In fact, it’s also been a phrase he’s used repeatedly in the lead-up to Sunday’s Super Bowl, where he’s slated to appear in a pregame show at the very least. Fans should be in for a memorable performance. Get ready. 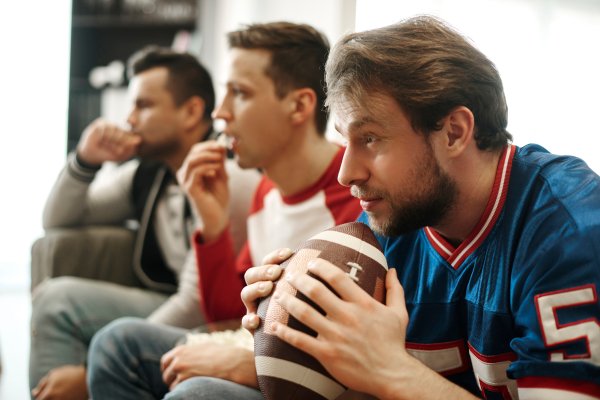 After Split With FOX Channels, Roku Users Will No Longer Be Able to Stream Super Bowl
Next Up: Editor's Pick