Among one of the more important developments in dramatic animal incidents bringing a devilish attitude to the internet this week, there’s this possum who pulled off a next-level break-in.

It got in, like many criminal masterminds, through the roof. From there, this possum messed up the office of an unsuspecting woman by the name of Bree Blakeman in Australia. Blakeman, a research fellow at the National University in Canberra showed up to work after the weekend to find maps and paintings stripped off the walls and lying everywhere. Even tiles from the ceiling came down.

“Walked into my office and thought someone must have broken in because it looks trashed… and then I saw this little sweetie covering behind my computer,” Blakeman tweeted.

The pair of photos were liked nearly 304,000 times since the original posting.

And it did not leave the scene, because evidently there was nothing to feel guilty bout. It just sat right there on the fellow’s desk behind her computer. Who knows where this possum will go or what it will do next.

Despite the fact that the mischief maker really did some damage, Blakeman stayed positive about it all and even cared for the possum.

But eventually, it exited the office, its appetite for mischief evidently satisfied. People were hilariously rapt as they engaged with the pictures of their possum hero story.

And now, the possum has become something of a hero for being anti-work. 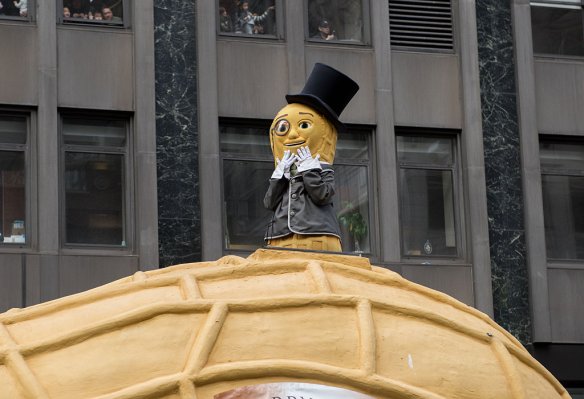 It Is With Heavy Hearts That We Must Face This Announcement That the Dapper Mr. Peanut Has 'Died'
Next Up: Editor's Pick