It Is With Heavy Hearts That We Must Face This Announcement That the Dapper Mr. Peanut Has 'Died'

It is with heavy hearts that we must report that Mr. Peanut has passed away. Don’t worry, the death of the pants-less, top hat-wearing, anthropomorphic peanut was for a good cause—a Super Bowl 2020 ad.

The aged peanut was killed off after 104 years of loyal service to the Planters corporation in an ad that was released in advance of the football game. While it would have made sense for the ambulatory nut to be roasted, boiled, assaulted (a salted, get it??) or even eaten, instead the creative minds at the VaynerMedia advertising agency had the brave legume sacrifice himself to save the lives of Veep star Matt Walsh and Blade’s Wesley Snipes. It was a wrenching scene made even more so, thanks to the soundtrack of the Cutting Crew’s heartwrenching “(I Just) Died in Your Arms”.

As a memorial to the iconic nut, ownership of the Mr. Peanut Twitter account has been transferred to “The Estate of Mr. Peanut” and is filled with tributes to the fancy-dressed legume.

Even other brands have paused in their own marketing schemes to pay tribute to the famous peanut:

Last year, Mr. Peanut was flying cars with Charlie Sheen and Alex Rodriguez in Planters’ Super Bowl ad. This year, he was murdered by some ad exec. It’s a tough life for a famous nut. While Mr. Peanut will not lie in state, fans mourning the loss of the world’s only nut to wear both spats and a monocle, can watch Mr. Peanut’s funeral, which will be broadcast live during the third quarter of Super Bowl in the form of a Planters ad, naturally.

Mr. Peanut’s demise is just the latest stunt to get people buzzing about Super Bowl ads. In years past, advertising agencies have had Britney Spears shill for Pepsi, invented the Budweiser frogs, hired Ridley Scott to direct, and gotten Golden Girls star Betty White cast as football player in a Snickers commercial. And is Mr. Peanut’s death any more horrifying than KFC’s fried chicken-scented bath bombs? 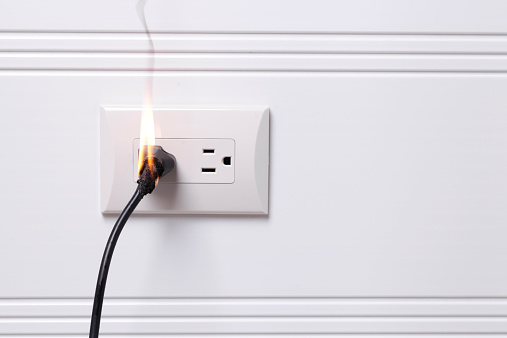 The Concern-Sparking Outlet Challenge Is Yet Another Ill-Advised Challenge That Should Not Be Tried at Home
Next Up: Editor's Pick