These Are the Best Super Bowl 2019 Commercials

By Alex Fitzpatrick and Tara Law

The main show at the 2019 Super Bowl is on the field, with Tom Brady and the New England Patriots facing off against Jared Goff and his Los Angeles Rams.

But there’s a big battle between the game, too, as major companies and advertisers spend millions of dollars to get your attention during the commercial breaks. While last year’s Super Bowl ratings were down slightly, more than 100 million people are expected to tune in Sunday for the big game. That’s a lot of potential customers.

As is tradition, brands are going above and beyond this year to try to make the best Super Bowl 53 commercials. Here, in our list of the best commercials of Super Bowl 2019, we recognize some of our favorite ads.

You get a gold star if you can name every football phenom in this spot from the NFL itself.

Although many stars made Super Bowl ad cameos this year, the skit that started the game had its own iconic duo – Peyton Manning and actor John Malkovich.

The final season of Game of Thrones might not be set to premiere until April 14, but HBO teamed up with Bud Light to give football fans a taste of the show’s carnage.

The Super Bowl Commercial With the Best Message

Bumble, ‘The Ball Is in Her Court’

The Super Bowl Commercial With the Best Cameos

Pepsi, which perennially lives under Coke’s shadow, has long embraced its role as an underdog in its advertising. Here, Steve Carell, Lil Jon and Cardi B assure a thirsty nation that Pepsi is just fine.

Sarah Jessica Parker and Jeff Bridges return in their roles as mostly-functioning alcoholics Carrie Bradshaw and The Dude, respectively, changing up their typical drink orders for a glass/bottle of Stella. Only 90s kids will understand, or whatever.

Marvel fans eager to learn more about the fate of their favorite superheroes got an adrenaline-fueled fix Sunday evening when a new spot for Avengers: Endgame debuted early into the first quarter. The 30-second mini-trailer offered brief glimpses of stars including Chris Evans, Bradley Cooper, Paul Rudd and Benedict Cumberbatch. The film flies into theaters April 26.

The Super Bowl Commercial With the Best Mashup Song That Should Be Released As a Single, Like, Yesterday

It’s utterly unclear what any of this has to do with Doritos, but give us a full version of this Chance the Rapper-Backstreet Boys “I Want It That Way” mashup immediately. Also, let them do the halftime show.

And here’s the full version of the song:

The Super Bowl Commercial With the Best Dumb Joke

If you’ve never known the wonder of stacking multiple flavors of Pringles in the same bite, you’re missing out. And so is this Amazon Echo-alike, without hands, mouth or a soul.

Microsoft, ‘We All Win’

Google’s heatwarming spot for its translation app was widely lauded.

Amazon, ‘Not Everything Makes the Cut’

The Best Super Commercial With a Rehashing of a Seinfeld Episode

Even though this joke was better 25 years ago, when Seinfeld did it in The Raincoats, it’s always a joy to see Luke Wilson. 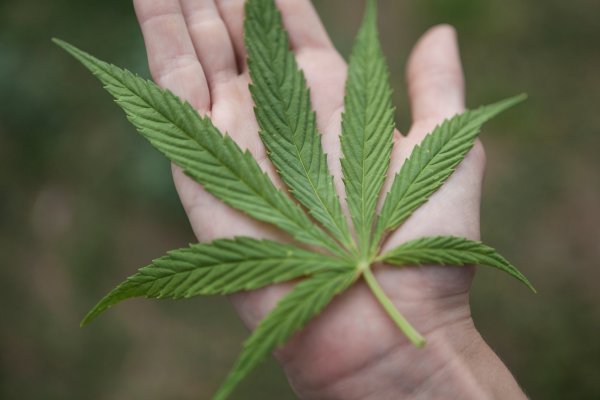 CBS Blocked a Medical Marijuana Commercial From Playing During the Super Bowl
Next Up: Editor's Pick