It’s not the sexiest fish in the sea. But tuna—even once it’s caught, frozen, thawed, cooked, chopped and canned—still gets a nod of approval from most of our experts. Still, some aren’t pulling out their can openers anytime soon.

First, though, some tuna praise. A typical five-ounce can of light tuna has 28 grams of protein, an impressive 56% of your daily requirement.

It’s also a great source of the heart-protective omega-3 fatty acids EPA and DHA. But all tuna is not tinned equally. In a study published in Public Health Nutrition, researchers analyzed canned tuna products in U.S. grocery stores. Tuna packed in water had higher EPA and DHA counts and lower omega 6: omega 3 ratios, compared to those packed in oil.

“I specifically recommend light canned tuna in water, which provides good omega-3 fatty acids,” says study author Asim Maqbool, MD, associate professor of clinical pediatrics at the Children’s Hospital of Philadelphia. Another plus: Light tuna isn’t as high in mercury as albacore tuna, Maqbool says—it packs about half the mercury of albacore.

Mercury is the primary concern in big fish like tuna. Pollution releases mercury into the air, and as it accumulates in the ocean, fish absorb it from the waters and their mercury stores build up, according to the FDA. When you eat certain kinds of fish—especially big, fatty fish like tuna—mercury can build up in your bloodstream over time, too.

Canned tuna has lower mercury levels than tuna steaks and sushi, and two canned tuna meals a week is a safe threshold, the FDA says. The agency is currently revising its guidelines about pregnancy and fish consumption; they hope to encourage more pregnant woman and children to eat fish for its many nutritional benefits. At 13 mcg per 4 ounces, light canned tuna lands in their “lower mercury” category, along with others like salmon (2 mcg of mercury for 4 ounces) and shrimp (less than 1 mcg per 4 ounces).

But Philippe Grandjean, MD, a toxin researcher and adjunct professor of environmental health at the Harvard School of Public Health, contends there’s no room for any kind of canned tuna in the diet. “Canned tuna contributes more than one-third of the mercury exposure of the average American,” he says. “About one in six women in coastal U.S. populations have elevated mercury exposures that could cause harm to the fetus.”

He urges people to eat salmon, mackerel and shrimp, which have considerably less mercury than tuna. That recommendation is echoed by Michael Gochfeld, MD, PhD, professor of environmental and occupational medicine at the Robert Wood Johnson Medical School at Rutgers University. “Pregnant women should not eat canned white tuna and should limit canned light tuna,” he says. “They would be much better off choosing canned salmon instead, which is very low in mercury and much higher in beneficial omega 3s.”

Mercury isn’t the only contaminant of concern. The chemical bisphenol A, or BPA, is an endocrine disruptor often present in the linings of canned foods. “Especially in children, diet is the major source of BPA exposure, with the predominant source being canned food consumption,” says Leonardo Trasande, associate professor of pediatrics and environmental medicine at New York University School of Medicine, and author of several recent papers on the health costs of endocrine-disrupting chemicals. Studies show that eating canned foods can increase BPA levels, while eating more fresh food can reduce it.

Switching to BPA-free cans might not offer enough protection, though. Alternative linings like oleoresin don’t have enough safety data behind them, Trasande says, and sometimes, the chemicals substituted may be worse than BPA. “Increasingly the synthetic chemical BPS is being used as a substitute for BPA, and studies suggest that BPS is as estrogenic and even more persistent in the environment,” he says. “BPS may therefore actually be more problematic from a health perspective.”

Still, the health benefits of canned tuna outweigh potential contaminant risks, says David Katz, MD, director of the Yale University Prevention Research Center. “All studies comparing the inclusion versus the exclusion of fish show better health associated with the inclusion of fish in the diet,” he says. “Those contaminants are unfortunate—but that’s the reality in a world we haven’t treated all that well. Perfectly ‘pure’ food no longer exists on this planet.”

Read next: Should I Eat Shrimp? 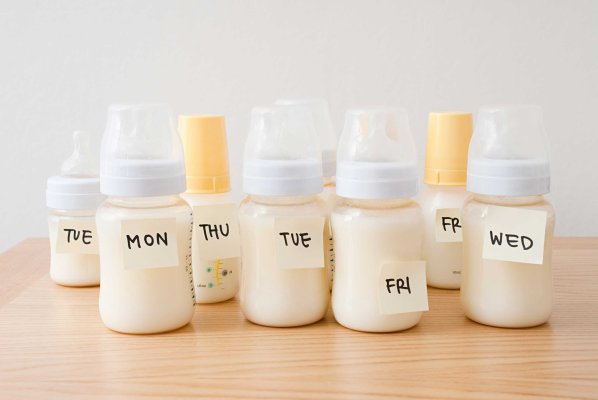