Theresa May Quoted a Humanitarian in Her Resignation Speech. A Child He Saved From Nazis Says That Was an Insult

Toward the end of the speech announcing her resignation on Friday morning, British Prime Minister Theresa May diverted away from Brexit for just a moment, to talk about a man who died in 2015.

That man was Nicholas Winton, who organized the safe passage of 669 children out of Nazi-occupied Europe during the Second World War, into the United Kingdom.

“For many years the great humanitarian Sir Nicholas Winton — who saved the lives of hundreds of children by arranging their evacuation from Nazi-occupied Czechoslovakia through the Kindertransport — was my constituent,” May said in front of the black door to 10 Downing Street.

She continued, “At another time of political controversy, a few years before his death, he took me to one side at a local event and gave me a piece of advice. He said, ‘Never forget that compromise is not a dirty word. Life depends on compromise.’ He was right.”

But one of Winton’s ideological heirs has hit back at May over the comparison, rejecting her comparison and pointing to the effects of her policies as Home Secretary and Prime Minister when she strove to reduce migration into Britain and create a “hostile environment” for new arrivals.

“I think Nicholas Winton would be a bit taken aback that she was using his name to ingratiate herself, when her behavior with regard to child refugees has been the very opposite,” Alf Dubs tells TIME.

Dubs, 86, is an opposition Labour member of the House of Lords, who came over to the U.K. as a child from Czechoslovakia as a child on a train organized by Winton.

“She leaves a negative legacy,” he said. “She did not support refugees coming to Britain and her policies worked pretty well to keep the numbers as low as possible.”

“Nicky Winton did not compromise,” Dubs added on Twitter. “He was resolute in his determination to save refugee children like me. I hope that before she steps down Theresa May will honour Nicky’s memory by welcoming more unaccompanied refugee children from France, Italy and Greece.”

As Home Secretary for six years between 2010 and 2016, May oversaw U.K. immigration policy at a time when one of the Conservative Party’s prime objectives was reducing immigration levels.

In 2015, she introduced a new policy that would make it easier to deport refugees after their home country was deemed “safe for them to return.” In 2012, she famously told The Telegraph, “The aim is to create here in Britain a really hostile environment for illegal migration.” And in 2013, she piloted a program where government-funded vans would drive around areas with high immigrant populations, carrying billboards reading “In the U.K. illegally? Go home or face arrest.”

As Prime Minister, May’s government was forced to apologize after scores of U.K. citizens whose families were originally from the Caribbean were threatened with deportation or lost access to government services. Many of them came over after the Second World War but lacked official documents––or were descendants of those who migrated. The debacle became known as the “Windrush scandal,” after the ship that brought the first Caribbean workers over after the war, and led to the resignation of Amber Rudd, May’s successor as Home Secretary.

Correction, May 28
The original version of this story misstated Alf Dubs’ official title. He is a Member of the House of Lords, not a Member of Parliament (MP). 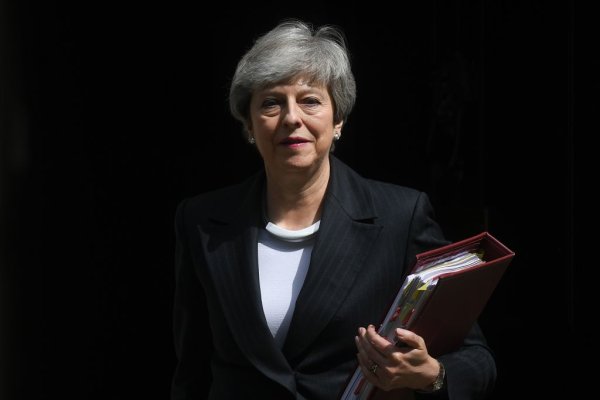 Theresa May Will Resign as British Prime Minister After Failing to Deliver Brexit
Next Up: Editor's Pick