Perhaps it should come as no surprise that Penn Badgley’s romance-obsessed stalker-turned-serial killer, Joe, in Netflix’s You is the object of the Internet’s affection. With his nerdy penchant for books and lovelorn obsession with chivalry — to the point of murder — Joe’s significant quirks both twee and sinister have fascinated fans online.

After season 1 of You dropped on Netflix, the Internet was quick to declare their love for Joe with so much aplomb that Badgley called out his fans for applauding a serial killer who nurtured toxic dynamics. That couldn’t stymie the onslaught of memes that emerged from Joe’s antics on the show, however, an Internet phenomenon that Badgley finds hilarious.

In an interview with InStyle, Badgley revealed that he’s seen many of the memes, thanks to people texting them to him or happening upon them on the Internet. There are a couple that he noted as being some of his favorites.”

“I think the one that made me laugh out loud was the one where I’ve been given nails and hoop earrings,” he said.

“And there was a tweet with that meme that has been used so many times, for so many different purposes to varying effect, and the picture finally had no text on it. The simplicity of that one was very funny to me.”

The tweet in question in utilized the oft-used “distracted boyfriend” meme, which is pretty much peak Internet; Penn Badgley enjoying a You joke made with the Internet’s favorite meme? Now, that’s love. 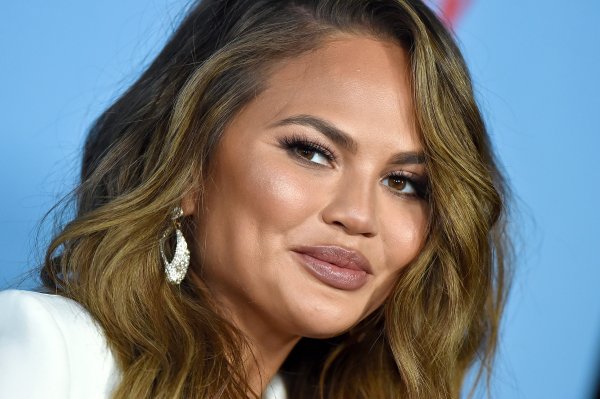 Chrissy Teigen Calls Out Internet Troll Who Accused Her of Editing a Swimsuit Photo
Next Up: Editor's Pick