The Undeniable Force of the Ben Solo Challenge Is Here

In Star Wars: The Rise of Skywalker, Ben Solo a.k.a. Kylo Ren, played by Adam Driver, had a few key lines, some important scenes, and how people felt about his story arc really came down to their thoughts on the final installment of the latest Star Wars series.

However, it’s one small gesture that has eclipsed the rest of his role as it somehow has taken over the internet.

[Warning: Light spoilers ahead!] Near the end of the movie, Kylo Ren sets out on a mission to find Rey (Daisy Ridley) on the Sith-controlled planet, Exegol. When he arrives, he ends up facing off against his very own Knights of Ren. As they surround him, he pulls out a lightsaber—one that does not bear the red light of a denizen of the Dark Side of the Force, but the blue light of a good guy. When the Knights see the light (literally) they know something has changed in their leader. As the truth dawns on them, Ren a.k.a. Solo gives a cheeky Ben Solo shrug and half-smile that tells his former henchmen to deal with it or not, because either way he is going to destroy them.

It’s a small moment, but one that resonated with audiences. TikTok user MikeLovestheShrug saw the shrug as a challenge, one that they were more than happy to pick up. They shared a video on social media making good use of a shrug and soon enough the Ben Solo Challenge was born.

Now people across the internet and thew world are getting in on the fun, offering up their own takes on that smug little shrug and sharing videos of them shrugging like they mean it:

While many of the people who accepted the challenge happened to have light sabers, but it’s not a requirement for getting in on the fun:

Of course, one Twitter user couldn’t help but notice that epic shrugging just might run in the Solo family: 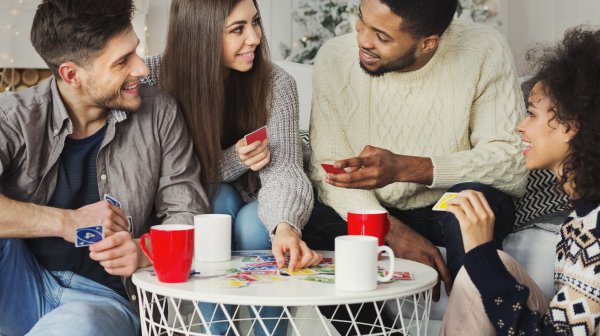 The Tough Choice in This Extreme Uno Game Has People Nervous, But Also Dying of Laughter
Next Up: Editor's Pick