Parishioner Who Volunteered for Texas Church's Security Team Killed Gunman in Shooting. Here’s What to Know

A gunman who opened fire on a Sunday morning church service in Texas was killed after parishioners confronted the gunman and returned fire. One parishioner is being credited as firing a single shot that ended the attack.

Two churchgoers were killed in the shooting at West Freeway Church of Christ in the city of White Settlement near Fort Worth.

The shooting comes more than two years after 26 people were killed in an attack at First Baptist Church in Sutherland Springs outside San Antonio.

Here’s what to know about the shooting.

The gunman, who was later identified as Keith Thomas Kinnunen, walked into the church during the Sunday morning service and sat down among the parishioners at around 10:50 a.m., White Settlement Police Chief J.P. Bevering said during a press conference. Suddenly, Kinnunen stood up, pulled out a shotgun and began to shoot, according to the Texas Department of Public Safety.

A parishioner named Jack Wilson — who volunteers for the church’s armed security team and trained others in the church to use firearms to protect the congregations — confronted Kinnunen almost immediately, shooting and killing him, according to the Associated Press. Two parishioners, including one who volunteered on the security team, were also killed during the shooting.

“I am very sad in the loss of two dear friends and brothers in CHRIST, but evil does exist in this world and I and other members are not going to allow evil to succeed,” Wilson wrote on Facebook after the shooting.

Local media reports that a livestream of the church service—which appears to have been removed from the internet—shows at least one churchgoer firing back at the shooter while dozens seek shelter under pews.

The Dallas field office of the Bureau of Alcohol, Tobacco, Firearms and Explosives (ATF) shared a tweet on Sunday afternoon that agents were en route to West Freeway Church of Christ.

On Sunday afternoon, Texas Gov. Greg Abbott shared condolences to the families of the victims.

“Places of worship are meant to be sacred, and I am grateful for the church members who acted quickly to take down the shooter and help prevent further loss of life,” Abbott said in a public statement. “Cecilia and I ask all Texans to join us in praying for the White Settlement community and for all those affected by this horrible tragedy.”

Where did the shooting happen?

The shooting happened at West Freeway Church of Christ in White Settlement, Texas, about 10 miles west of Fort Worth. It is located in a residential area of the small city of about 18,000 people.

Anton Wallace, 64, of Fort Worth and Richard White, 67 of River Oaks were identified as the victims, the Texas Department of Public Safety confirmed to TIME. DPS said that they both died at a local hospital.

Mike Tinius, who was identified as an elder at the Church, told the New York Times that one of the victims had been a member of the security team.

“He was trying to do what he needed to do to protect the rest of us,” Tinius told the Times.

Tiffany Wallace, Wallace’s daughter, told NBC Dallas Fort Worth that her father had been giving out communion at the back of the church.

“We lost two great men today, but it could have been a lot worse,” Pastor Britt Farmer of West Freeway Church of Christ said during a press conference. “I’m thankful that our government has allowed us the opportunity to protect ourselves,” Farmer said.

“We have a congregation here of open-hearted people…and to have something like this happen destroys my heart,” Farmer said.

The gunman has been identified as Keith Thomas Kinnunen, 43, according to the Texas Department of Public Safety. An FBI official described the gunman as a “relatively transient” person with roots in the area; DPS said he was from River Oaks, a suburb of Houston. He died at the scene, according to DPS.

The gunman had a previous arrest record, said Matthew J. DeSarno, an FBI special agent in charge of Dallas, according to the Associated Press.

Cummings said that the gunman was “acting suspiciously” before the shooting and drew the attention of the church’s security team, according to the Times.

“He was immediately hit by one of our marksmen,” Cummings said, according to the Times. “The next thing I know, he was lying on the floor.”

Write to Jasmine Aguilera at jasmine.aguilera@time.com and Amy Gunia at amy.gunia@time.com. 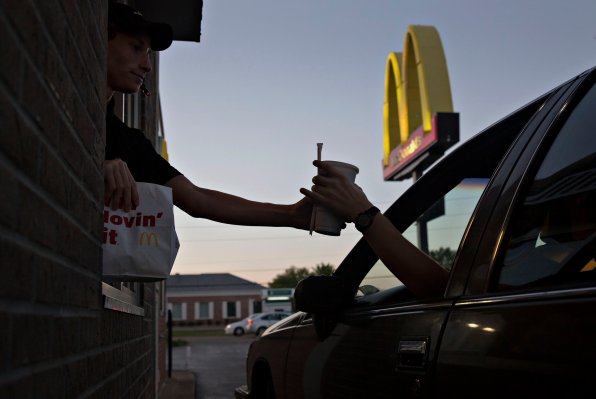