What to Know About the South Texas Church Shooting

At least 26 people were killed and 20 others injured Sunday when a gunman opened fire at a church in a small town southeast of San Antonio in what has become one of the largest mass shootings in modern U.S. history.

The attack occurred at the First Baptist Church in Sutherland Springs, Texas, a small community located in Wilson County about 30 miles away from San Antonio. The gunman, identified as 26-year-old Devin Kelley, is now deceased. It remains unclear how he died, but the Associated Press reported Monday that he was struck by three gunshot wounds, including one self-inflicted to the head, and two—one in the leg, one in the torso—from an armed citizen.

With their ages ranging from just 18 months to 77 years old, the victims had gathered at the First Baptist Church on Sunday morning for regular services before the attack began. The 14-year-old daughter of the church’s pastor, as well as eight members of the same family that span three generations, were among the victims. The small town’s church regularly posts videos of its services on YouTube and recently hosted a Halloween festival, where members of the community celebrated the holiday with candy, costumes and games.

Multiple victims with gunshot wounds were being treated at hospitals in the area, and 10 of them are in critical condition, officials said Monday.

“We can not put into words the pain and grief we all feel,” said President Donald Trump on Sunday in a press conference from Japan, his first stop on a trip to multiple Asian countries.

Officials said they believe the attack stemmed from a domestic issue after they discovered Kelley had sent his mother-in-law threatening messages. His mother-in-law attended the First Baptist Church, but was not there at the time of the shooting.

Who are the victims of the Texas church shooting?

The 26 people who were killed and 20 others who were injured represent a large swath of the church’s community — and have a wide-spanning age range from 18 months old to 77 years old.

The church’s pastor Frank Pomeroy and his wife Sherri, who were both out of town when the tragedy occurred, shared details about the close-knit community and mourned all those who were lost, including their 14-year-old daughter, Annabelle.

“We were a very close family,” Sherri said. “We ate together, we laughed together, we cried together and we worshiped together. Now most of our church family is gone, and our building is probably beyond repair, and the few of us that are left behind lost tragically yesterday.”

Texas Department of Public Safety (DPS) official Freeman Martin said during a press conference Sunday that 23 people were found dead inside the church, and two people were found outside the building. One person died after being transferred to a local hospital.

Martin said about 20 people have been transported to local hospitals. Injuries sustained from the gunfire range from minor to severe, Martin said. On Monday, officials said 10 people were in critical condition.

Eight members of the Holcombe family, including a pregnant woman and three of her children, as well as Joann Ward and her two young daughters were among those who died as a result of the attack.

Who was the suspected Texas church shooter?

Authorities identified 26-year-old Devin Kelley — a 26-year old who once served in the Air Force with a history of domestic violence — as the suspected church shooter. Kelley died in the aftermath of the shooting, officials said, though his cause of death is unclear.

On Monday, Freeman Martin, regional director for the Texas Department of Public Safety said Kelley had sent his mother-in-law — who attended the church but was not at the service on Sunday — threatening messages.

“It’s a senseless crime, but we can tell you that there was a domestic situation within this family,” Martin said.

“This was not racially motivated, it wasn’t over religious beliefs, there was a domestic situation going on within the family and the in-laws,” Martin added.

Wearing black tactical gear and a ballistic vest, Kelley, described as a white male, was seen around 11:20 a.m. CST on Sunday at a gas station in Sutherland Springs. He crossed the street to First Baptist Church, and began firing with a Ruger AR assault rifle from outside after exiting his vehicle. He then moved to the right side of the church and fired, before entering the church and shooting more.

The AP reported Monday that law enforcement collected hundreds of shell casings from the church, including 15 magazines with 30 rounds each.

Kelley served in the Air Force from 2010 until he was court-martialed and discharged in 2012 for allegedly assaulting his wife and child, AP reported. Kelley, who was stationed at Holloman Air Force Base in New Mexico, served a one-year detention sentence following his discharge, according to Air Force spokesperson Ann Stefanek.

On Monday, the Air Force issued a statement saying that Kelley’s domestic violence offense was not entered into the National Criminal Information Center database by the Holloman Air Force Base Office of Special Investigation, according to the Texas Tribune.

Officials said an address listed online to Kelley is located in the San Antonio suburb of New Braunfels, about 35 miles from Sutherland Springs.

Where did the Texas church shooting happen?

The shooting occurred at the First Baptist Church in Sutherland Springs, Texas. The small community is located in Wilson County, Texas, about 30 miles southeast of San Antonio.

The small church regularly posted videos on YouTube of its Sunday services, where a number of members of the congregation gathered for services lasting more than an hour long. Services appeared to have been attended by young children and families, and also featured a number of songs.

Local who gave chase: I was just doing “right thing”

The DPS official Martin said that an armed local citizen confronted Kelley, who was dressed in black “tactical type gear,” as the gunman left the scene. The gunman later crashed his vehicle near the county line, where he was found dead, after two locals gave chase. It is unclear if he died of a self-inflicted wound or was shot by the citizen who confronted him.

In an interview with local ABC-affiliate KSAT, local resident Johnnie Langendorff said he was driving past the church and witnessed the gunman exchanging fire with a member of the community, who asked for help and climbed into Langendorff’s truck.

The two pursued the gunman at high speed, as police were going in the opposite direction, toward the church, AP reported.

“[The gunman] eventually lost control on his own, and went off in a ditch. The gentleman that was with me got out, and rested his rifle on my hood, and kept it aimed at him, telling him to ‘Get out, get out’. There was no movement … So he might have been unconscious from the crash, something like that, I’m not sure,” Langendorff said.

“He just hurt so many people, and he just affected so many peoples’ lives. Why wouldn’t you want to take him down?” Langendorff told KSAT. “I was strictly just acting on what’s the right thing to do.”

How did politicians react to the Texas church shooting?

After offering condolences to the families and community impacted by the tragedy, President Donald Trump said the shooting was the result of a “mental health problem” — not that deriving from lax gun laws.

“We have a lot of mental health problems in our country, as do other countries,” Trump said on Monday. “But this isn’t a guns situation.”

Trump also called the attack “a horrible act of evil,” and Vice President Mike Pence announced he and his wife, Second Lady Karen Pence, would visit Sutherland Springs on Tuesday.

Texas Gov. Greg Abbott, who said the attack was the largest of its kind in the state’s history, traveled to Sutherland Springs to be with the community.

“Our prayers are with all who were harmed by this evil act,” Abbott tweeted on Sunday. “Our thanks to law enforcement for their response.”

Varied responses from politicians echoed those seen after similar mass shootings that have occurred in the U.S. in recent years, where lone shooters have targeted communities at churches, concerts and schools.

In the immediate aftermath to the shooting on Sunday, politicians shared their condolences and prayers with the victims of the shooting, and some, including Democratic senators, called for stricter gun control legislation.

Texas politicians were among the first lawmakers to respond to the incident, sharing their condolences and thoughts on Twitter.

Sens. Kamala Harris, Richard Blumenthal, Bob Casey Michael Bennet were among the lawmakers who quickly shared demands for gun reform in the aftermath. 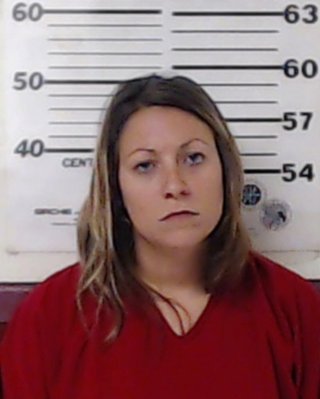 ‘Babe, I Just Shot the Kids.’ Mom Shot Young Daughters to Death While They Slept, Police Say
Next Up: Editor's Pick