In what might be one of the greatest meet-cutes of our times, a group of young engineers became friends with a neighboring dog after starting a letter correspondence with her and her human counterpart.

In a tweet written by Jack McCrossan, one of the four engineers, the start of this beautiful friendship is revealed in series of letters between the “boys of 23” and Stevie Ticks, the neighbors’ dog and a very good girl.

In the initial letter, the boys share that their landlord sadly won’t allow pets, but that they saw the dog and would be happy to help walk or watch over her when needed. Their friendly proposal was met with a letter response of its own, from Stevie Ticks herself. In the letter, which was sealed with a paw print, Stevie “wrote” that she would be happy to hang out with the boys of 23, but their friendship would require throwing balls and scratching her belly.

A few days later, the boys and Stevie met in person, much to the delight of everyone involved and the Internet. 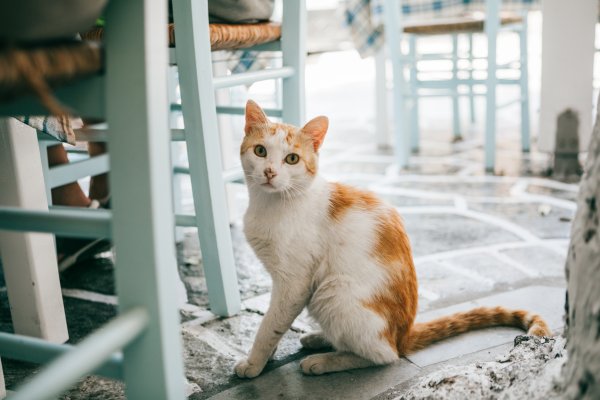 Meet Your New Spirit Animal With Cattitude. It's This Cat Who Says Hi in a Southern Accent
Next Up: Editor's Pick