The Internet Is Having Very Strong Reactions to Star Wars: The Last Jedi

Star Wars: The Last Jedi, the legendary franchise’s long-awaited next chapter, finally hit the big screen in the U.S. on Thursday, drawing hordes of fans to theaters across the country. Though the film’s official premiere is Friday, Deadline estimates that Thursday’s preview viewings could rake in more than $45 million alone.

Perhaps unsurprisingly, the Rian Johnson-directed Episode VIII has been polarizing among fans who caught an early glimpse Thursday.

Some viewers raved, with several even calling The Last Jedi the best Star Wars movie in years.

Other viewers, however, let the hate flow through them.

And both sides had some choice words for the other.

One thing’s for sure: The Last Jedi is a conversation starter. (And it’s worth noting TIME film critic Stephanie Zacharek found it to be a Star Wars movie that’s truly for everyone.) 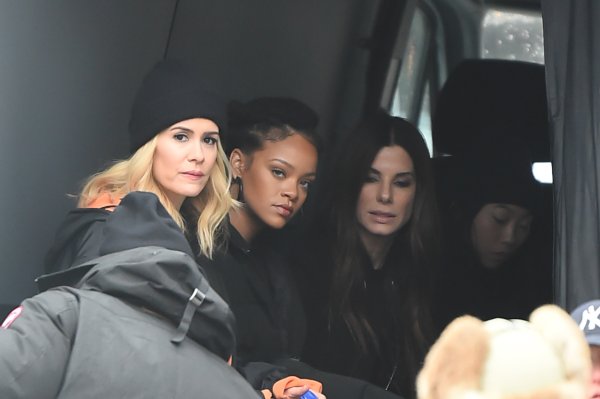 Warner Bros. Reveals the Poster for the All-Female Ocean's 8
Next Up: Editor's Pick