Normally, getting an extra piece of bacon with your Grand Slam order would be the most exciting thing to happen during a trip to Denny’s. But if you happened to stop by one particular Calfornia location of the diner chain late Saturday night, you would’ve been in for a Denny’s experience unlike any other.

A Instagram story compilation video that was shared on Twitter by user Samuel Barreras shows how the dining room of a Denny’s in Santa Ana was transformed into a mosh pit after punk band WACKO decided to put on a show.

“Punk shows at Denny’s 20/20,” Barreras captioned the video. “My condolences go out to the manager, she had no idea what she was getting into.”

The punk world’s obsession with Denny’s first became a thing when a clip of the band Live Without’s frontman yelling “What the f—k’s up, Denny’s?” to hype up the crowd during a 2013 gig at one of the franchise’s locations started recirculating in 2018.

Unfortunately, according to WACKO, this time around, the person who rented out the restaurant for the event is apparently being charged for up to $1,000 in damages that occurred over the course of the concert. On Sunday, the band put out a call to action on Instagram for attendees to donate money to help cover the fee.

“The Denny’s show was sick but please give back to the person who made it possible and is being charged 4 damages,” they wrote. 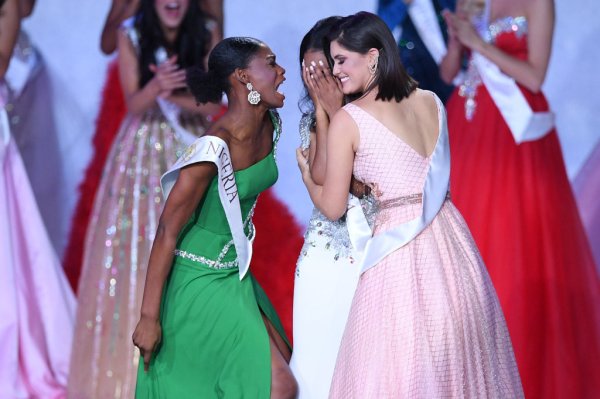