Jersey City Attack That Killed 4 People Is Being Investigated as 'Domestic Terrorism.' Here's What to Know

The killing of four people, including a police officer, in Jersey City on Tuesday is being investigated as an act of domestic terrorism driven by anti-Semitism and hatred of law enforcement, officials announced Thursday.

The shooters, who also died, appear to have targeted a kosher market owned by a Jewish couple in a four-hour rampage on Tuesday afternoon, officials say. At least two of the people killed were Jewish, including one of the owners of the market.

The FBI said Saturday they had arrested a New Jersey pawnshop owner for the illegal possession of a weapon, after investigators found his number and business address in the back pocket of one of the shooters.

Here is what we know so far about the Jersey City shooting.

What happened during the attack

The suspects then drove a stolen U-Haul one mile and parked it outside JC Kosher Supermarket. One of the gunmen, David N. Anderson, approached the store carrying a rifle and began shooting at the store “almost immediately,” Grewal said. The other suspect, Francine Graham, soon followed carrying a rifle, according to Grewal. Three civilians were killed at the store; an additional victim is recovering after being shot.

“They came to kill,” Lax said.

Kelly said the shootout between police and the suspects lasted about four hours, and that police exchanged hundreds of rounds of gunshots with the suspects. Authorities said they ultimately found five bodies inside the store — three civilians and two gunmen.

Jersey City Mayor Steven Fulop said on Twitter Wednesday that he didn’t want anyone to “jump to conclusions” about the suspects, but that he had learned enough “to know this could have been far worse.”

What we know about the suspects

Attorney General Grewal identified the suspects as David N. Anderson, 47, and Francine Graham, 50. On Thursday, Grewal said that the incident is being investigated as domestic hatred driven by hatred of Jewish people and law enforcement.

Four guns were found inside the store, including an AR 15 style weapon carried by Anderson and a Mossberg 12 Gauge shotgun carried by Graham. A 9mm Ruger and a 9mm Glock linked to the suspects were also found in the store.

An additional gun — a 22 Caliber Ruger Mark — was also found inside with the U-Haul, and was equipped with a homemade silencer and a homemade device to catch casings.

Graham purchased two of the guns in Ohio, Grewal said.

The phone number and business address of Ahmed A-Hady, the 35 year-old owner of a pawnshop in Keyport, New Jersey, were found on a note in Anderson’s back pocket, the FBI said Saturday, per the Associated Press. Investigators searching his home and store found a cache of weapons, including three AR-15 style assault rifles, three handguns and one shotgun. A-Hady was ineligible to posses firearms after a 2012 felony conviction. He has not been charged with providing weapons used in the Tuesday attack.

Grewal said that Anderson and Graham are also the “prime suspects” in the slaying of a livery driver in Bayonne, N.J.

Ferencz and Deutsch were both Jewish, according to Rabbi David Niederman, president and executive director of United Jewish Organizations of Williamsburg and Northern Brooklyn.

Niederman said Ferencz owned the market with her husband, and had moved to Jersey City because it was more affordable than New York City. “She was a lady full of love for others, and unfortunately her life was cut so short,” he said.

Douglas was an employee of the supermarket, Niederman said.

Niederman also said that Deutsch was an active member of the United Jewish Organizations of Williamsburg and Northern Brooklyn.

Seals, a husband and father of five, also died in the gunfight, officials confirmed Tuesday. Seals was a veteran of the police force, and was a member of the department’s CeaseFire Unit, which is dedicated to stopping gun violence, Kelly said Tuesday.

“He was our leading police officer in removing guns from the street,” Kelly said. “Dozens and dozens of guns, he removed from the street. We believe that he was killed while trying to interdict with the bad guys.”

Mayor Fulop said that he and Kelly had visited with Seals’ family: “We cried with the family, it’s one of the hardest things you have to see in your entire life.”

Suspicions of an anti-Semitic attack

Investigators believe that the suspects “held views that reflected hatred of the Jewish people as well as hatred and law enforcement,” Grewal told reporters Thursday. Law enforcement determined this after reviewing the suspects’ social media accounts and interviews, Grewal said.

“The evidence points towards acts of hate. I can confirm that we are investigating this matter as potential acts of domestic terrorism fueled by both anti-Semitism and anti-law enforcement beliefs,” Grewal said.

U.S. Attorney for the District of New Jersey Craig Carpenito said video footage from the scene made the suspects’ intent clear.

“You can see clearly from the video that the individuals that engaged — the cowards that took down those innocent victims — engaged only the folks in that store and in the law-enforcement community,” Carpenito said. “You can see people walking by, they didn’t engage anyone. They were clearly identifying that store, they were clearly targeting the Jersey City Police Department.”

Grewal said the suspects had “expressed interest” in the Black Hebrew Israelites, an African American religious movement that contends its followers are descendants of a lost tribe of Israel. However, the investigators have not found a formal link between either of the suspects and the group. The Southern Poverty Law Center has warned that while many Hebrew Israelite groups and members do not advocate violence or are not explicitly racist, an extremist wing of the movement is militantly anti-Semitic and anti-white.

Grewal also defended prosecutors’ decision not to announce that the attack was driven by anti-Semitism or anti-law enforecement sentiment. Over the past few days, some, including Jersey City Mayor Steven Fulop, had declared that it was important for officials not to wait to describe the attack as an act of hate.

“As the state’s chief law enforcement officer, and all of us as prosecutors, as investigators, we simply don’t have the luxury to jump to conclusions,” Grewal said.

Fulop, who is Jewish, told reporters on Wednesday afternoon that he feels that the attack should be called a hate-crime because the perpetrators expressed “favorable sentiment” about anti-Semitic groups on social media.

Fulop said that he felt that the had learned enough about the suspects and their movement on Tuesday to describe the attack as a hate-crime.

“If we wait forever for some clear message that ‘I’m going to go attack a Yeshiva,’ maybe we’re never going to call out anything as anti-Semitic,” Fulop said.

Fulop also wrote on Twitter that anti-Semitism does not belong in his community.

“I’m Jewish and proud to live in a community like #JerseyCity that has always welcomed everyone. It is the home of #EllisIsland and has always been the golden door to America. Hate and anti-semitism have never had a place here in JC and will never have a place in our city,” Fulop wrote on Twitter.

Speaking with CNN on Friday, Fulop said anti-Semitism, hate and racism exists across all communities.

“Jersey City, like New York City is built on its diversity. We’ve always had a diverse community and people need to realize if anti-Semitism can exist in a place that’s accustomed to diversity, it can really exist anywhere,” he said. “We need to be aggressive in calling it out.”

Rabbi Niederman spoke about the tragedy during a press conference with New York City Mayor Bill de Blasio on Wednesday. Breaking into tears, Niederman said he was especially concerned about the impact on the young children at a Yeshiva that stands next to the market.

“Unfortunately, we see now we are not safe in the New York metropolitan area,” Niederman said.

De Blasio said that there will be a “large and consistent” police presence protecting the Jewish community throughout New York City in the coming days. He added that he’s heard members of the Jewish community say they’re now living in “constant fear,” and that city officials will do more to try and keep them safe.

“If anyone out there is even thinking about committing an act of hate, the NYPD has proven that it will find you, it will prosecute you and you will suffer the consequences,” de Blasio said.

He said that the shooting should be taken as a “warning sign” about the dangers of anti-Semitic violence. 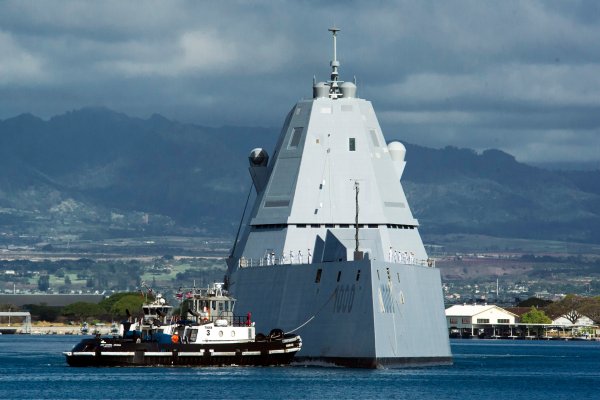