In John Hughes’s 1990 film, Home Alone, Macaulay Culkin stars as Kevin McCallister, a young boy who, as the title suggests, is left home alone at Christmas when his family accidentally goes on vacation without him. As his mother tries to get back to him, Kevin runs wild through the house and uses all his wiles to protect the house from two thieves, played by Daniel Stern and Joe Pesci, determined to break in for a giant Christmas haul. In one of the film’s many memorable scenes, Kevin tries out his dad’s aftershave and when he slaps it on his cheeks, the alcohol in the product burns and he delivers a remarkable open-mouthed scream. This story about a young Home Alone fan and a $100 bill will make you scream like that.

As Christmas a.k.a. the Home Alone season descends, Twitter user @RodBlackhurst shared the story on the social media site. Back in 1992 he was a 12-year old kid and understandably a huge fan of the film, so when he saw star Joe Pesci at the Newark airport, he went to ask for an autograph. “Joe asked me who my favorite actor was,” @RodBlackhurst wrote. “I said he was. He handed me a crisp $100 and said ‘That’s the right answer, kid.’” That just may be the most perfect Joe Pesci story ever, particularly if you manage to hear the words in his unique voice. Hopefully the stars of the forthcoming Home Alone remake will be as good to their fans. 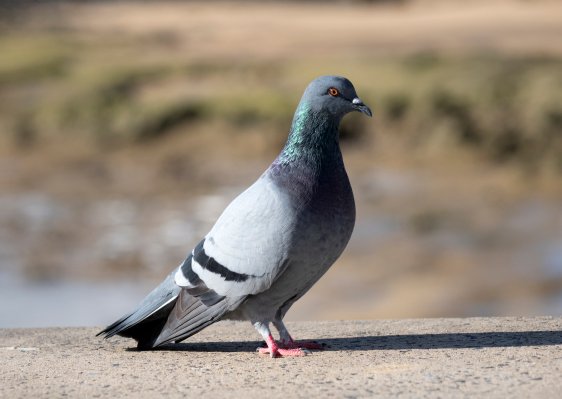 Meanwhile in Las Vegas, Cowboy Hats Have Mysteriously Appeared on Pigeons' Heads
Next Up: Editor's Pick