On Friday, Reddit said that its security team believes a collection of leaked United States-United Kingdom trade documents that had been posted on the site are a part of a coordinated information campaign to spread disunity linked to Russia.

“We were recently made aware of a post on Reddit that included leaked documents from the UK,” the statement said. “We investigated this account and the accounts connected to it, and today we believe this was part of a campaign that has been reported as originating from Russia.”

The site said it is banning one subreddit and 61 accounts for breaking Reddit’s policies against vote manipulation and misuse of the platform.

“Earlier this year Facebook discovered a Russian campaign on its platform, which was further analyzed by the Atlantic Council and dubbed ‘Secondary Infektion,'” Reddit’s announcement said. “Suspect accounts on Reddit were recently reported to us, along with indicators from law enforcement, and we were able to confirm that they did indeed show a pattern of coordination.”

In its analysis, the nonpartisan think tank the Atlantic Council described Secondary Infektion as using fake accounts, doctored documents, and various online platforms like Twitter, Facebook, Reddit and Medium to spread stories “that attack Western interests and unity.” The Council said the campaign is large and sophisticated, and thus likely run by an intelligence operation.

Reddit said it then used those accounts to identify others that they suspected were part of the Russian campaign. The accounts post in multiple languages in and subreddits for multiple regions.

“In late October, an account u/gregoratior posted the leaked documents and later reposted by an additional account u/ostermaxnn. Additionally, we were able to find a pocket of accounts participating in vote manipulation on the original post. All of these accounts have the same shared pattern as the original Secondary Infektion group detected, causing us to believe that this was indeed tied to the original group,” Reddit’s announcement continued.

The leaked trade documents have been a hostly debated topic in the upcoming British general election, as the management of the National Health Service has become of the most crucial issues for voters. Labor Party leader Jeremy Corbyn has argued the documents show the Conservative Party planning the privatization of the National Health Service and has said the release of the documents was in the public interest, according to the BBC. They came up a recent televised BBC debate, when Corbyn argued that Johnson wants to make a deal with the United States that would raise drug prices.

Besides the Reddit post with the leaked documents, none of the other posts had made much of a stir on the site, and many of the other posts were removed either by moderators or by other content moderation, per Reddit’s statement.

Reddit announced it will ban one subreddit and 61 accounts, and added, “[as] we have done with previous influence operations, we will also preserve these accounts for a time, so that researchers and the public can scrutinize them to see for themselves how these accounts operated.” 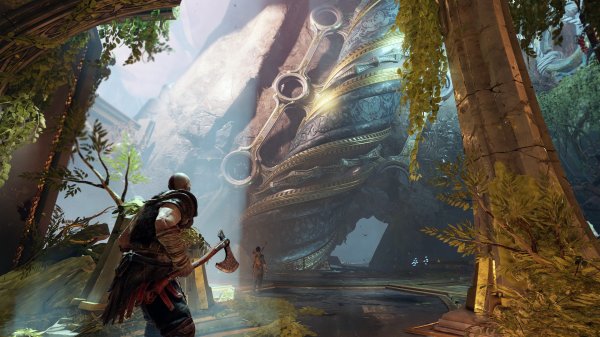 Here Are the 10 Best PlayStation 4 Games to Play Right Now
Next Up: Editor's Pick