The problem with World War I on the screen is exactly the problem of World War I in reality: It may have been a linchpin of modern history, the fissure dividing the 19th Century from the 20th, profoundly transformative and utterly destructive, but it was also a static affair, fought from fortified trench lines out of which hundreds of thousands of young men emerged just long enough to be killed. Stanley Kubrick located a superb film, 1957’s Paths of Glory, in the ornate chambers (and the perfidy) of the generals who oversaw the waste of those lives. But motion pictures do require a certain amount of motion, and in 1917, which opens in limited release Dec. 25 and nationwide Jan. 10, Sam Mendes has figured out what the generals could not: a way to advance.

Mendes’ idea was to dispatch a pair of messengers into no-man’s land that has been mysteriously expanded from a few hundred yards to several miles by the puzzling and stealthy retreat of German forces. The couriers carry a warning that the retreat is a trap, intended to draw an attack from a British commander who must be reached before dawn, when his troops are scheduled to advance into what amounts to a buzz saw. The scenario is grounded in real circumstances—the confusion over the Germans’ strategic retreat in northern France to the heavily fortified “Hindenberg Line,” and the absence, at the time, of radios for battlefield communication. But the movie cares only about the moment. The camera stays with the two lance corporals from the film’s first frame to its last, as if unfolding in one long take, much like the technique employed by Alejandro González Iñárritu in his 2015 Best Picture winner Birdman. The aim is to immerse the viewer in a propulsive, at times headlong journey that travels like a lit fuse.

“I took a calculated gamble,” says Mendes. “And I’m pleased I did because of the energy you get just from driving forward, in a war that was fundamentally about paralysis and stasis.” The idea for the script, which Mendes wrote with Krysty Wilson-Cairns, came from the story of Mendes’ grandfather, the son of a Portuguese immigrant by way of Trinidad who was a messenger for the British on the Western Front. The film is dedicated to him, and in an interview, the director describes him in different ways at different points. “He was a great storyteller,” Mendes says. “He was very Edwardian, very theatrical. You know, he used phrases like ‘Great Scott!’ And so he was a very magnetic person, very charismatic.” But the grandson also noticed that the old man washed his hands compulsively, and when he asked his own dad why, he was told, ”He remembers the mud of the trenches.”

The two impressions also reside in 1917. On the one hand, the film has the immediacy and sense of utter dread that defines combat and its prelude. Things, including terrifying things, happen abruptly. To ratchet up the uncertainty, Mendes cast relative unknowns in the lead roles. Game of Thrones’ Dean-Charles Chapman plays Blake, the round-faced soldier who gets the assignment of carrying the vital message because he has a brother among the 1,600 men at risk. George MacKay is Schofield, who happens to be reclining beside Blake when the order arrives. We know almost nothing else about them, including their first names. The director likes it that way. “If one of those actors is Leonardo DiCaprio,” he says, “you know he ain’t going to die.”

Sam Mendes in the trenches on the set of '1917.'
François Duhamel—© 2019 Universal Pictures and Storyteller Distribution Co., LLC. All Rights Reserved.

At the same time, for all the mud and rats and viscera, no one is going to mistake 1917—which has received glowing early reviews—for a documentary. The $95 million production has the signature veneer of a filmmaker who came to the attention of Hollywood with his 1999 Academy Award-winning debut American Beauty and directed the last two James Bond features. The cinematographer is Roger Deakins, nominated 14 times for Oscars for films from Fargo to Kundun to Sicario; he won in 2018 for Blade Runner 2049.

Sitting down in a Manhattan hotel a couple of days after finishing the film, Mendes says the Bond franchise gave him a certain comfort level with the scale involved in the war project, including the great tides of extras. But the challenge of 1917 was as new as the technology that made it possible. Because the finished film would have no visible edits, every scene had to be planned to the second, and stop-watched as it was rehearsed. That meant weeks of arranging, then-rearranging cardboard boxes to form a stand-in for trenches on a Shepperton Studios soundstage, then counting steps (and seconds) in the English countryside near Stonehenge that doubled as northern France. It also locked the film into place from the start. Any decision that a director might, in any other picture, mull or reconsider after weeks in the editing room had to be made in advance. As a logistical challenge it was a bit like mounting a military campaign, and in today’s world of combined arms maneuver warfare, at that.

War—especially between countries—has actually become relatively rare, at least in historical terms. Asked why he made this movie now, Mendes has a slightly dutiful-sounding answer about how, “in war, you see human beings pushed to their extremes and forced to confront what it means to be alive, and what it means to sacrifice yourself for other people.” But he also made it now because he could.

“You know, we pushed massively over the last 20 years towards hyperkinetic editing, some of it brilliant,” Mendes says. “Something like the Bourne movies, it’s visceral. It feels like you’re being hit in the gut when you get caught in an action sequence. But we haven’t pushed a commensurate distance in the other direction. What happens if there is nothing? With this new technology, create this ribbon of action, this unbroken snaking ribbon in which the things that you want the audience to see just happened to intersect in front of the camera at the right moment.”

That’s how 1917 works. As Blake and Schofield trot along the British trench lines, then go over the top—“Straight ahead, past the dead horses,” a helpful, hollow-eyed officer advises—the viewer goes with them. There may not be a cut in the film, but except for a couple of lengthy tracking shots (the transverse of no-man’s land comes close to a fun-house ride) the camera does not call attention to itself. “I wanted this constant, slightly threatening forward motion,” says Mendes, and across nearly two hours it’s what he achieves. It’s true not only through Heironymous Bosch hellscapes with the thrumming piano-wire tension (and piano-wire sound) reminiscent of Christopher Nolan’s 2017 Dunkirk, but also in what lies beyond: countryside, verdant and rolling and, ultimately, lost, at least as the bearings for a more innocent sensibility that, after these horrors, was no longer grounded in the beauty and rhythms of nature.

That was the message British students like Mendes took from the writings of Seigfried Sassoon, Robert Graves and others who survived a war that, by way of announcing a brutal new modern world, emptied a nation of its young men. “For us it’s a lost generation,” Mendes says. “And if you go through all the small villages and towns of England you’ll find many more memorials to the lost of World War I than World War II. It throws a bigger cultural shadow.” He points out that during the Second World War, movies were already a dominant medium, and films were made both about the conflict and, as The History Channel reminds us, of it. But poetry, literature and art were all that was available to record the experiences of 1914-1919, all in retrospect, and among the things 1917 communicates is the sense of an idyll interrupted. The natural world features in the film, both the nourishment of its beauty—a wooded glade behind the front line, a lone tree on a rolling plain—and in its defilement by trenches and craters. The reality of the First World War may defy metaphor, but if you keep moving, as the couriers must, a lot of ground can be covered.

“I wanted something that had the quality of a dream at times, but had real-life stakes,” Mendes says. “Any narrative, any fiction is a compression in time, a compression of character. You’re trying to find the tip of an iceberg. And if the tip is well done, the iceberg becomes clear. You don’t have to see it if you know it’s there.” 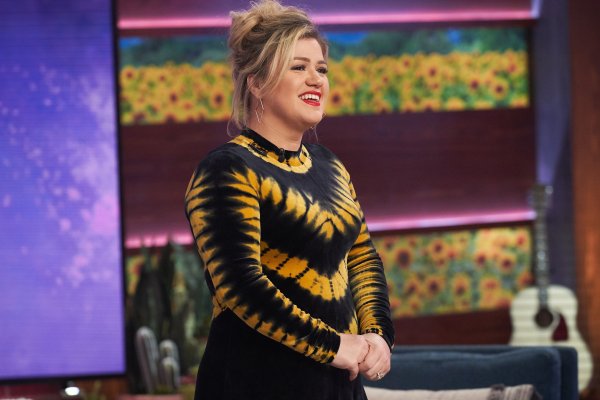 Kelly Clarkson's Soulful Cover of Mister Rogers’ 'Won’t You Be My Neighbor?' Is Exactly What You Need to Hear
Next Up: Editor's Pick