Ambitious and Harrowing, Christopher Nolan’s Dunkirk Is a Masterpiece

Most days we appear to live in a world gone mad, a time and place in which ignorance of history is treated as a kind of virtuous purity. But sometimes, cosmically, the right movie arrives at just the right time: right now Christopher Nolan’s Dunkirk feels like a salve. Its visual and sound effects are elaborate and impressive. This is a grand spectacle, not an empty one, a rare example of the Hollywood blockbuster dollar well spent. Dunkirk is extraordinary not just because it’s ambitious and beautifully executed, but because Nolan, who both wrote and directed it, has put so much care into its emotional details—and has asked so much of, and trusted, his actors. As great filmmakers before him—Lewis Milestone, Sam Fuller, Brian De Palma—knew, you can’t tell a story of war without faces. Faces carry history. They’re genetic maps, but they’re vessels of spiritual memory too. Dunkirk, set against events that happened more than 75 years ago, is like a message from a lost world. If the setting feels unfamiliar to you, don’t worry, trust the faces.

Dunkirk, in theaters July 21, is a fictional story set amid real events of late May and early June 1940. The capitulation of Belgium left Allied troops trapped between German forces and the French coast. America, still in the grip of isolationism, would not enter the Second World War until the following year. Driven back by the enemy, Allied soldiers became stranded on the beaches of Dunkirk. And, against all odds, some 338,000 were rescued. The backbone of Operation Dynamo, as the mission was called, was a flotilla of around 700 small fishing and pleasure boats, many of them captained by their owners, private British citizens who made the treacherous English Channel crossing to assist military vessels in bringing the troops home. That rescue came to be known as the Miracle of Dunkirk.

Any historical event can take on a sheen of nostalgic sentimentality with the passage of time, particularly when it’s dramatized on the big screen. History demands a degree of shaping to make sense on film. But if the Dunkirk evacuation is a sturdy, made-for-the-movies heroic narrative, it’s also one that’s both humble and humbling. This is a story of regular people who took action without hesitation, joining forces, at great personal risk, to form an invincible whole. These were big men in little boats.

Dunkirk is also the story of the soldiers they rescued, young men who weren’t prepared for the war they’d just entered, and not just because of their youth. Their training had been constructed around the lessons Great Britain learned in World War I, when bayonets and trenches dominated. Meanwhile, the German enemy had been aggressively and effectively trained. The men Nolan shows us in Dunkirk have already been forced to retreat—they’re exhausted from a battle we never even see—and in the early minutes of the film, they’re lined up on the beach in impossibly large numbers. A screen title tells us that they’re “hoping for deliverance.” Another title amends that with “for a miracle.”

One of those men is Tommy, an English soldier who, in the movie’s opening, narrowly escapes being killed by his own countrymen, men so desperate they’ll shoot at anything that moves. (Tommy is played by Fionn Whitehead, a new young actor who gives a superb, nearly wordless performance.) He makes his way to the beach, where he sees those throngs of exhausted, forsaken soldiers. Though the French have been fighting side by side with the English, there are far too few transports for so many men. Only the English soldiers will be evacuated; the French will be left behind. On that beach, Tommy sees another soldier crouched in the sand near a half-buried body. The exchange between them is a kind of mind­reading, a language of quizzical glances and shrugs. The other soldier (Aneurin Barnard) will come to be called Gibson.

MORE: Director Christopher Nolan on Why He Made Dunkirk Now

Later, the two men run across the beach together, each clinging to the handles of a stretcher bearing a wounded man. At this point the music, by Hans Zimmer, is a virtual cricket field of violins, the most anxious of all instruments. Nolan and his cinematographer, Hoyte van Hoytema, shoot the men and their stretcher from the back, from the side, from the front on the diagonal—the sequence is jangly and kinetic, almost like an experimental minifilm about teamwork and animal survival.

Tommy, Gibson and their stretcher will eventually make their way to, and across, the Mole, a long jetty stretching out into the water. In real life, as in the movie, it was the somewhat fragile-looking concrete and wood finger from which most of the Dunkirk men were rescued. But if the soldiers’ story, at this point, represents what’s happening on land, there are other stories unfolding in the air and on the water, and Nolan connects them all with nearly invisible stitches. Mr. Dawson (Mark Rylance, in one of the finest performances we’re likely to see this year) sets out on his small, fine beauty of a boat, the Moonstone, the minute he hears help is needed. His son Peter (Tom Glynn-Carney, looking, with his blond forelock, like an English Troy Donahue) is with him, and a neighbor, George (Barry Keoghan, whose eager, earnest face practically tears a gash in the movie), hops aboard at the last minute, uninvited but welcome enough.

Rylance has the demeanor, the carriage and even the wardrobe of a man who stands by what’s right. When he boards his boat, he’s wearing a full tweed suit, complete with waistcoat. But his sense of what’s right has nothing to do with propriety. It comes, simply, from the heart. In one of the film’s quietest, most astonishing moments, he confirms to his son, with nothing more than a glance, that telling a lie can sometimes be the right thing to do.

Of course, Dunkirk is an action movie. Nolan calls it a “ride,” the kind of cringe-­inducing language encouraged by marketing departments. But he clearly knows it’s more than that. The picture is intense and harrowing in places. Those with fears of claustrophobia and drowning should steel themselves. The movie is also at times assaultively loud, a feature that meshes with eyewitness accounts. Yet it’s so carefully paced and shaped that it never feels like punishment. It is also only 106 min. long—its very economy is an act of boldness. Instead of shrinking from this world, you reach toward it. This is a picture that needs to be seen big, in Imax if you can. (That recommendation comes from a person who normally prefers dentistry to Imax.)

It also comes, by the way, from a person who has gotten little enjoyment from most of Nolan’s movies, with the exception of the observant and deeply affectionate 2015 documentary short Quay, about experimental animators Stephen and Timothy Quay. Nolan is perhaps best known for his trilogy of Batman films, particularly The Dark Knight (2008), which characterizes the Gotham superhero as a reclusive, reluctant loner with a bruised soul. But the movie’s alleged darkness is of the calculated sort. Like most of Nolan’s pictures—especially the elaborate puzzle movie Inception (2010), a densely plotted dazzler that adds up to nothing—it’s heavy on flashy technique that strives to persuade us it’s great filmmaking.

Dunkirk, grand and ambitious as it is, is different from any other Nolan movie. It’s different from any other war movie, period. Steven Spielberg’s Saving Private Ryan (1998) is often hailed as a great war picture, and its Normandy-invasion sequence is brutally effective. But its intensity practically burns the rest of the story away. Nolan sustains Dunkirk’s dramatic tension from start to finish. This is a supreme achievement made from small strokes, a kind of Seurat painting constructed with dark, glittering bits of history. Nolan filmed largely on location, at Dunkirk Beach. (In certain scenes, a calm lake in the Netherlands stood in for the bulldoggishly choppy English Channel.) The flying scenes, taut and thrilling, feature real vintage Spitfires. When the small boats arrive, many of them are the actual Dunkirk Little Ships, venerable, elderly, lovingly preserved boats that were part of the rescue in 1940. They have names like Elvin and Caronia, Endeavour and Mary Jane. In a terrifying scene, soldiers traveling safely and happily on a large transport ship, eating jam on bread and drinking mugs of tea as they look forward to reaching home shores, suddenly and brutally face death by drowning. One man struggles underwater, and the moment would be like any other terror-at-sea image except for a staggering, barely glimpsed detail: he does not let go of his tin mug.

Dunkirk is about both suffering and bravery, about individuals who care less about themselves than about a greater good. To them, isolationism would be an affront. One of the movie’s most heroic faces is one we barely see: Tom Hardy plays RAF pilot Farrier. He spends most of the movie with an aviator helmet clamped on his head and a mask drawn across his mouth. The intensity of his performance is built almost completely with gestures. He waves or nods to his colleagues as they skim by in their Spitfires, and even when they seem too far away to possibly read his meaning, you’re sure that they do. He casts an apprehensive glance at his busted fuel gauge. (He makes chalk marks on the dashboard to keep track of how much juice he has left.) Somehow his eyes, even though we can’t always see them clearly, betray worry for his colleagues but little for himself. We can read his mind, even though it’s protected by layers of leather and shearling. And his ultimate act is a doozy—no less than we expect from this man we hardly know.

The casting of Dunkirk is near perfect. From Hardy to Keoghan, from Rylance to Harry Styles, the pop star who plays one of the young soldiers, the picture is filled with great English faces. But to call them characteristically English faces is wrong. Remember, they’re supposed to be the faces of men who lived more than 75 years ago. Today, the face of England—like that of France or any other European country—is much more racially mixed. Love of country comes with no color or birthplace attached. Nolan doesn’t address that idea directly—the story of Dunkirk is almost exclusively about white men, something that can’t be changed after the fact. But his approach opens out to it implicitly. Late in the film, a British commander played by a stalwart Kenneth Branagh, knowing that nearly all of his own men have been rescued, makes an executive pronouncement: He will not leave stranded French soldiers behind. His England, even then, was part of a greater whole, and that made him no less English.

If you see Dunkirk for no other reason, see it for its vision of the faces of men who took action, without having any idea what the world would become. All they knew was that they wanted the best for it. 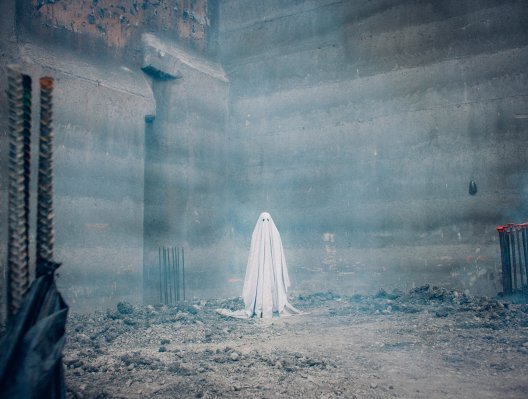 A Ghost Story Chills-and Makes You Wonder
Next Up: Editor's Pick