Spectre Shows It Doesn't Pay to Bet Against Bond

Sam Mendes’ novelistic, operatic Spectre elevates the James Bond franchise even higher than 2012’s Skyfall. This sophisticated sugar rush is the longest Bond film ever, but it cruises by with an elegant sense of danger. As with all of Daniel Craig’s 007 outings, it amps up the intelligence and tamps down the attitude. Before dropping an assassin from a helicopter over Mexico City’s Day of the Dead celebration, Bond (Craig) gathers crucial intel. Yet the resulting headlines force spymaster M (Ralph Fiennes) to put Bond on probation as MI6 reluctantly prepares to shut down the double-0 program. Bond disobeys orders, seeking the assassin’s widow and enlisting a former enemy’s daughter (Léa Seydoux). Soon he’s sneaked into a meeting of Spectre, whose leader (Christoph Waltz) is tricking nations into a global-surveillance pact.

Mendes, a cerebral director who balances action and erudition, lets us savor every conspiracy, chase and exotic locale. Craig, in what may be his franchise finale, wears 007’s cultural conceits like a Savile Row suit while remaking them from the inside. He gives the character more soul than expected. Well done, Mr. Bond. 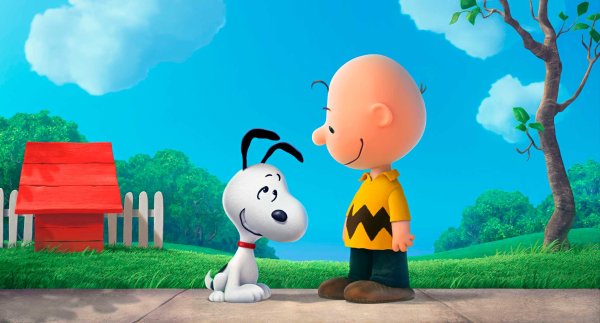 Charlie Brown’s New Look Feels Like Old Times in The Peanuts Movie
Next Up: Editor's Pick