US President Donald Trump speaks to the troops during a surprise Thanksgiving day visit at Bagram Air Field in Afghanistan on Nov. 28, 2019.
Olivier Douliery—AFP via Getty Images
Ideas
By Seth Moulton
Moulton, a Democrat, represents Massachusetts's 6th Congressional District. He served as a Marine Infantry Officer in Iraq. He is the co-chair of the House Armed Services Committee’s Future of Defense Task Force.

In Iraq, I learned there are two types of courage: physical courage and moral courage. Moral courage was often the hardest to find.

The ability for our service members to summon moral courage when it counts is why most of the world sees America as the good guys. Since taking office, President Donald Trump has pardoned men who have failed to live up to the standards to which we hold our service members. He has pardoned men who have been convicted of posing with enemy corpses, failing to render aid to injured enemy combatants, second-degree murder, attempted murder, wrongfully communicating a threat, reckless endangerment, soliciting a false statement, and obstructing justice. He has interfered in another pending court-martial murder trial.

When our president says the laws of war don’t matter, he is sanctioning war crimes. He’s telling the people who fight and kill on your behalf that it is ok to torture our enemies, mutilate their corpses, and kill combatants without due process. He’s saying he knows better than the honorable people who formed the juries that decided these convictions. And he undermines the entire Uniformed Code of Military Justice, the laws that the people who volunteer to serve in the military agree to follow.

Make no mistake, on the battlefield, the U.S. military does not fight fair. We have access to tools that are unavailable to the enemy. We place these tools and technology into the hands of the world’s best-trained warfighters. They use them to outmaneuver, outnumber, overwhelm and kill our opponents on the ground. But when we place these tools into our service members’ hands, we’re not just telling them we trust they will accomplish the mission; we’re telling them we trust them to do it while upholding our nation’s principles. When the commander in chief says that any single law of war does not matter, what he’s really saying is that none do.

Aside from giving the SEALs and other members of our military a green light to misbehave, the president is handing our enemies a propaganda victory. One of the reasons we prosecute war crimes is so we can deny our enemy the ability to recruit people to their causes. Our enemies also use our moral failures to gain legitimacy in the eyes of the world. There’s a reason, for example, that ISIS puts its prisoners in orange jumpsuits. It’s to remind the people, especially people who might join ISIS, that Americans abused tortured prisoners at Abu Ghraib.

Our allies judge our actions, too. Countries around the world host American troops because they know our troops will stick to a strict code of justice. When they misbehave, there is a chance that America can lose important strategic footholds in the world. For example, in 1995, after two American Marines and a sailor raped a 12-year-old girl in Okinawa, our outraged allies demanded the closure of one of our most strategically-important Marine bases. The relationship today is still fragile.

The Uniformed Code of Military Justice exists to hold accountable the small fraction of service members who failed to find the moral courage to serve honorably. The president believes his pardon can buy the votes of millions of veterans who, unlike him, volunteered to go to war. He fails to realize that nothing is more insulting to the American heroes who serve in the military than cheapening their sacrifices by giving war criminals an equal standing.

By pardoning men who have been convicted of war crimes and those who violated the lawful orders of their officers, the commander in chief undermines the chain of command from the very top. That’s why it is also hypocritical that the Secretary of Defense Mark Esper justified the political firing of the Secretary of the Navy by saying he broke the chain of command. It shows that Esper and the president are incapable of comprehending the consequences of their own actions, and do not understand the foundational principles of the military that allow it to function.

If President Trump truly respected those who serve, if he wanted to deny our enemies propaganda victories, if he wanted to strengthen our alliances, he wouldn’t reward the small fraction of service members who misbehave. He wouldn’t abandon our values or our allies. He’d lead by the motto that General Jim Mattis, under whom I served, instilled within us every day: “There’s no better friend and no worse enemy” than the United States of America. The president should hold service members to higher standards, and demand that they be better than our enemies. 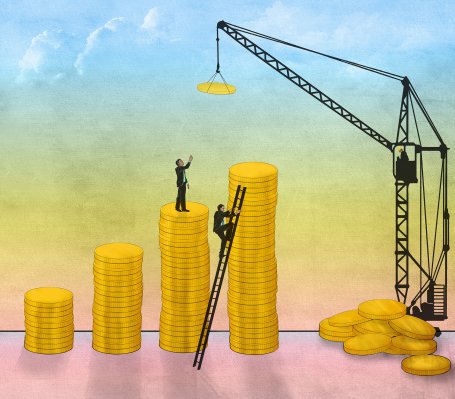 To Boost Prosperity, We Must Shrink the Financial Sector
Next Up: Editor's Pick