Rohingya Refugee Children in Bangladesh Are Being Denied an Education, Rights Group Says

The Bangladeshi government is violating the right to education of nearly 400,000 Rohingya children residing in the country, a rights group claimed Tuesday.

Bangladesh has prohibited the learning of its official language and the use of the Bangladeshi curriculum, says HRW.

A Rohingya teacher told Human Rights Watch that there were as many as 300,000 children in the camps “who did not even finish class three, and their future will be destroyed, because there is no proper education.”

HRW accuses Bangladesh of preventing refugee children from accessing education to prevent them from integrating into Bangladeshi society and staying in the country.

“The government of Bangladesh saved countless lives by opening its borders and providing refuge to the Rohingya, but it needs to end its misguided policy of blocking education for Rohingya children.”

Myanmar has also played a part in lack of access to education for the Rohingya, HRW claims, saying that it has refused to approve the use of its curriculum in Bangladesh. The rights group adds that many of the children had already dropped out of the education system before they fled Rakhine state due to discrimination, harassment, government blocks on Rohingya teachers or movement restrictions which prevented students from traveling to schools.

Humanitarian groups have stepped in to create a new informal curriculum, but officials have been slow to approve it.

Other former teachers have set up private schools in their shelters, but these have reportedly been closed when discovered by camp officials. The report alleges that at least two of these informal schools were closed in 2018 for teaching grades 7 through 9, which officials deemed “too advanced.”

Hundreds of thousands of Rohingya fled to Bangladesh in 2017, after Myanmar’s army began a campaign of arson, rape and murder against the Rohingya which the U.N. has said was carried out with genocidal intent.

Attempts to repatriate the Rohingya have failed. Rights groups like HRW have called for the suspension of plans to send the refugees back to Myanmar until their security, basic rights and access to citizenship can be ensured.

Read More: ‘We’re Not Allowed to Dream.’ Rohingya Muslims Exiled to Bangladesh Are Stuck in Limbo Without an End In Sight

The U.S. has imposed sanctions on several top Myanmar military officials for their roles in the campaign against the Rohingya.

In November, the International Criminal Court approved a request from prosecutors to open an investigation into crimes committed in Myanmar.

The decision came just days after a case was filed at the International Court of Justice (ICJ), on behalf of the Organization of Islamic Cooperation, accusing Myanmar of genocide.

Myanmar’s leader, Aung San Suu Kyi, plans to testify in front of the ICJ in The Hauge next week to defend her country against the charges. The case is expected to last for several years. 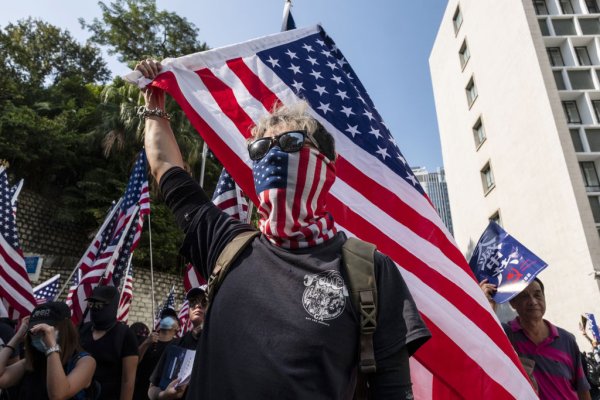