A woman got an entire plane full of passengers to make air travel more interesting by leading the whole group in a performance of a choreographed routine to Wham’s seasonal hit “Last Christmas.”

In a viral video, passengers on the flight can be seen fully committing to some excellent hand moves with the utmost panache.

The clip, shared by Liz Plank on TikTok — a journalist who authored For the Love of Men: A New Vision for Mindful Masculinity — begins normally enough with the passengers making small talk like nobody’s filming. But then the refrain comes and the masterful stunt is in full display.

“convinced my entire plane to do this don’t let this flop!” she said, tagging “#LastChristmasmovie.”

It’s unclear how this natural leader got everyone in on the performance, but it’s a scene that feels like it’s out of movie. Everyone matches the original hand nearly move for move, which delighted TikTok users to the tune of 6.4 million likes on the short-form video platform.

The English pop duo’s 1984 hit has sustained its popularity over the years, and even shares its name with the twisty Emilia Clarke rom-com in theaters now. George Michael reportedly gave his blessing to using the song in the title and soundtrack before his death.

As for this woman, she is clearly manifesting George Michael circa-1984 energy. She is truly a holiday party-starting icon and travel companion legend. This group has given one of the most memorable plane performances of all time, and accomplished the incredible feat of getting a whole plane to dance to Christmas music.

Check out their best “Last Christmas” moves in unison in the video below — and may your holiday travels roll along this merrily. 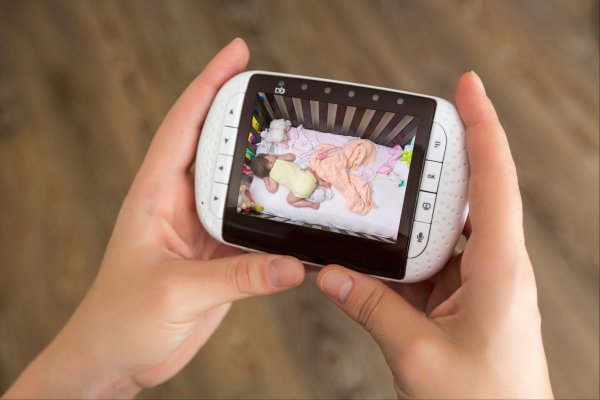 No One Can Unsee the Images of This 'Demonic' Child in the Baby Monitor
Next Up: Editor's Pick