A woman walks inside al-Hol camp for displaced people in northeastern Syria on May 28, 2019.
Delil Souleiman—AFP/Getty Images
By W.J. Hennigan and John Walcott

The Defense Intelligence Agency says ISIS is resurgent inside Syria and has a greater ability to mount terrorist attacks against the West as a result of President Donald Trump’s decision to hastily withdraw American troops from the war-torn country last month.

The assessment, publicly disclosed Tuesday in a Department of Defense Office of Inspector General report, focused on the abrupt decision to remove all 1,000 U.S. troops from northern Syria. The move created a power vacuum and set off a series of violent developments on the ground that risks upending more than five years of progress in the war against the terrorist group.

“ISIS exploited the Turkish incursion and subsequent draw-down of U.S. troops to reconstitute capabilities and resources within Syria and strengthen its ability to plan attacks abroad,” the 116-page report says. “The DIA also reported that without counter-terrorism pressure, ISIS will probably be able to more freely build clandestine networks and will attempt to free ISIS members detained in… prisons and family members living in internally displaced persons camps.”

The White House referred questions about the inspector general report to the Pentagon, which responded by email. “ISIS fighters are still operating in the region, and unless pressure is maintained, a reemergence of the group and its capabilities remains a very real possibility,” Commander Sean Robertson, a Pentagon spokesman, said in a statement. “We are committed to keeping that from happening.”

Trump decided to pull out after an Oct. 6 phone call with Turkey’s leader Recep Tayyip Erdogan. On Oct. 9, Turkey launched air and ground operations against Kurdish fighters, part of the Syrian Democratic Forces (SDF), a group that has fought ISIS alongside the U.S. military since 2015.

Trump’s decision to withdraw U.S. forces came despite months of aides’ warnings about the dangers of abandoning America’s Kurdish allies, which Turkey considers terrorists. The U.S. had been relying on the Kurds to destroy remaining underground ISIS cells and to guard more than 30 detention facilities that hold about 10,000 ISIS detainees spread across northern Syria.

U.S. troops were in the midst of training, advising and equipping the Kurds to conduct counter-terrorism operations against ISIS when Trump handed down the order to withdraw. The DIA told the inspector general that a reduction in counter-terrorism pressure against ISIS “will provide the group with time and space to expand its ability to conduct transnational attacks targeting the West.”

One danger now, two U.S. officials told TIME, is that remaining ISIS fighters will turn their attention to mounting terrorist attacks outside the region. “They have fellow travelers in Europe and elsewhere, and if more refugees are shipped to Europe because the Turks understandably don’t want them, they’re likely to have more,” said one official, who was not authorized to speak publicly on the matter.

The problem will be compounded if, as some U.S. and European intelligence officials predict, more ISIS fighters escape captivity as Kurdish forces turn their attention from guarding the camps that hold them to confronting Turkish-backed forces.

The inspector general was told that the Kurds continue to maintain custody of the detention centers but have “significantly reduced security at the facilities due to the Turkish incursion.” As a result, there have been jailbreaks. The inspector general was told “less than 200 of approximately 10,000 ISIS prisoners” had escaped from SDF-run prisons. “In the short term, absent counter-terrorism pressure, ISIS will probably operate more freely across areas of northeastern Syria to build clandestine networks and will attempt to free” other ISIS fighters held by the Kurds, the report said.

A U.S. official told TIME that the harsh conditions in those prison camps may have made them fertile ground for recruiting “a new generation of terrorists, including women and young people who would have a lower profile on our radar.”

Although ISIS is no longer in control of any major city in Iraq or Syria, the fighting is not over. ISIS’ surviving foot soldiers, many of whom remain in parts of the Syrian desert and western Iraq, are scattered and harder to target than when they held territory in Iraq and Syria that was roughly the size of Britain. The militants have returned to the group’s guerrilla roots by embedding constellations of sleeper cells in both Iraq and Syria to routinely carry out ambushes, bombings and assassinations.

In addition, ISIS’ leadership cadre continues to remain resilient despite more than five years of conflict that has decimated the group. ISIS leader Abu Bakr al-Baghdadi was killed Oct. 26 in northwestern Syria during a U.S. Special Operations forces night raid. But the DIA told the inspector general that al-Baghdadi’s death would “likely have little effect on ISIS’s ability to reconstitute.”

“In the longer term, ISIS will probably seek to regain control of some Syrian population centers and expand its global footprint, the DIA said,” according to the inspector general report.

In recent weeks, Trump has modified his order for a complete withdrawal and the U.S. military has begun sending around 500 troops and armored vehicles to guard oil fields in northeastern Syria to prevent ISIS from exploiting the resource. But a U.S. official said the mission makes little strategic sense: “The bottom line is that neither decimating the caliphate nor killing Baghdadi has ended the terrorist threat ISIS poses to us and our allies, and it’s nonsense that you need oil revenue to mount a suicide attack on the Champs Elysee or in Times Square.” 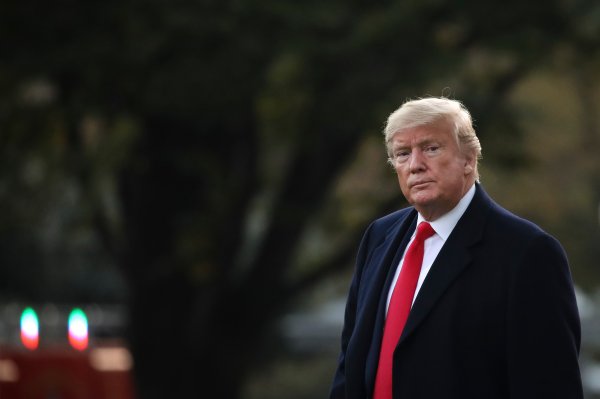