How ISIS Returnees Are Stirring a Debate Over Citizenship, Security and Rule of Law

Renu Begum holds a photo of her sister, Shamima Begum, 15, believed to have fled to Syria to join Islamic State. February 22, 2015 in London, England.
WPA—Getty Images
By Joseph Hincks

The question of whether two women who joined ISIS in Syria and Iraq—one British and another American-born—should be allowed to return to their respective countries has provoked fierce debate on how Western governments should treat citizens who left to join the caliphate.

President Donald Trump on Wednesday said he has told the State Department to ban the return of Hoda Muthana, a 24-year-old U.S.–born woman who left Alabama for Syria in 2014 and is now detained in a Kurdish camp. “I have instructed Secretary of State Mike Pompeo, and he fully agrees, not to allow Hoda Muthana back into the Country!” Trump wrote on Twitter.

Britain’s Home Secretary Sajid Javid, meanwhile, has moved to revoke the citizenship of teenager Shamima Begum, who left London to marry an ISIS fighter in Syria four years ago and has begged to be allowed to return with her newborn son.

The resistance to Muthana and Begum’s repatriations comes only days after Trump on Twitter asked Britain, France, Germany and other European leaders to take back “over 800 ISIS fighters” that U.S.-backed forces had detained in Syria. The alternative, he warned, is that “we will be forced to release them” adding that the U.S. does not want to see the militants “permeate Europe.”

Here’s what to know about the debate over governments’ responsibilities towards returning fighters, their wives and children.

How many returning ISIS fighters are there?

An estimated 6,000 Western European nationals joined ISIS in Syria and Iraq—roughly a third of whom have already returned home, according to a 2018 King’s College, London report. Far fewer Americans attempted to join ISIS and other extremist groups in Syria and Iraq—some 300 according to a study by George Washington University’s Program on Extremism.

Why has this become an issue now?

Because of the almost complete collapse of ISIS’ physical caliphate. Once spanning an area the size of Britain, the U.S.-backed Syrian Defense Forces (SDF) say ISIS-controlled territory has shrunk to part of one small town near the Iraqi border. Despite U.S. intelligence officials’ warnings that the jihadist group still poses a serious threat and has returned to its guerrilla warfare roots, the U.S. is pulling its troops from Syria. The SDF says it has detained over 800 fighters of nearly 50 nationalities, but does not have the capacity to put them on trial.

Why are people focussing on Hoda Muthana and Shamima Begum?

Journalists came across the two women, along with Canadian Kimberly Gwen Polman, in a Kurdish refugee camp in mid-February.

Begum was the subject of national media attention when she fled London at the age of 15, along with two classmates from her east London school. When a reporter showed her a hard copy of the letter stating her citizenship was being revoked, she questioned whether the move to block her was “just because I was on the news four years ago.” The 19-year-old had appeared to show little remorse in interviews with U.K. media, though she denied actively joining in ISIS activities: “I never did anything dangerous. I never made propaganda. I never encouraged people to come to Syria.”

Muthana has a high profile in the U.S., having called for the killing of Americans and glorifying ISIS on social media from inside the caliphate. She says she has renounced extremism and in and interview with the New York Times expressed deep remorse for her actions.

How have other European leaders reacted to Trump’s demand?

Most countries have refused to commit to repatriating their citizens. France’s justice minister Nicole Belloubet has said has said she would take back militants on a “case by case” basis rather than en masse, while her counterpart in the foreign ministry has in the past called French fighters “enemies” of the nation who should face justice abroad. Germany has pledged to put returning fighters on trial, while acknowledging that repatriation would be “extremely difficult.”

Why should any of these countries take back people who joined their enemies?

Analysts have pointed out that it’s illegal to leave a citizen stateless under international law. It was thought that Begum had Bangladeshi citizenship through her mother, the BBC reports, but Bangladesh’s minister of foreign affairs has denied that and said there is “no question” the South Asian nation would admit her. Britain says Begum’s son, born Feb. 16, will remain a citizen.

Muthana’s legal status is also unclear. Although she was born in the United States, she is “not a citizen” Pompeo said Wednesday, “she does not have any legal basis, no valid U.S. passport, no right to a passport, nor any visa to travel to the United States.” But an attorney representing Muthana’s family told the Associated Press the Administration’s stance is based on an incorrect designation of her father’s diplomatic status and she formerly held a U.S. passport.

Yet beyond questions over the legality of leaving citizens stateless, experts suggest revoking Begum’s citizenship could be counter-productive from a security perspective. “Groups like Islamic State have been incredibly successful at planting the seed in people’s minds that Western governments and Western societies do not care about their Muslim citizens,” says Katherine Brown, a senior lecturer in Islamic Studies at Britain’s University of Birmingham.

Appearing to contravene human rights and the rule of law “adds fuel to this idea that Muslims are treated differently in the West than anybody else,” she adds. Back in Syria, the SDF warns the camps of ISIS detainees represent a “time bomb.” So far, leaders around the world are failing to agree on how to defuse it. 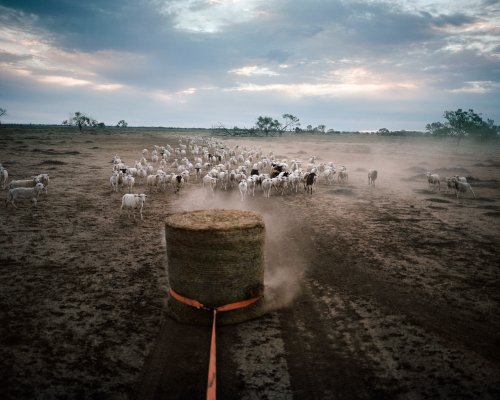 ‘A Harbinger of Things to Come’: Farmers in Australia Struggle With Its Hottest Drought Ever
Next Up: Editor's Pick