Since 1996, the Pokémon franchise hasn’t strayed far from its simple premise of capturing and battling colorful, cartoonish “pocket monsters.” But if you think you’re too old for the latest double-feature, Pokémon Sword and Shield for the Nintendo Switch, you’re missing out on one of the greatest entries in the franchise, one that delivers a wide-ranging adventure whether at home on your TV or on the go in your hands.

The franchise’s biggest challenge might be living up to the impossible task of being all things to all fans. After over 20 years of games, who is Pokémon really for at this point? For a new generation of children perhaps unfamiliar with its role-playing game aspect, Pokemon must be approachable and attention-grabbing. For veterans, the franchise must deliver on the promise of collecting them all, as well as showcase a steady stream of improvements in both gameplay, aesthetics and story. For everyone else, Pokémon must feature at least one sighting of the iconic electric mouse, Pikachu.

In Pokémon Sword, you assume the role of a budding Pokémon trainer exploring the bucolic, Great Britain-inspired Galar Region. You spend your time battling each city’s Gym leader to become the next Pokémon Champion. You’ll trudge through tall grass, caves and bodies of water to catch and train your roster, fighting with opponents and sparring with allies along the way.

Here, trainers are treated like athletes — sponsorships included — and battle in colossal stadiums, complete with cheering fans. Running out from the locker room to the pitch makes every major match with a Gym leader feel like a true sporting event. In these stadium matches you can use the new “Dynamax” feature to grow your Pokémon to gargantuan size. It’s a fun gimmick, but one you could easily avoid if you want to up the difficulty yourself.

The new Wild Area puts you in an open-world region where Pokémon roam freely in both tall grass and on the very trails you travel. Its changing environment means you’ll encounter different Pokémon depending on factors like weather. Entering the Wild Area while online will reveal (and let you interact with) fellow human trainers camping, looking for Pokémon or banding together to take down supersized Dynamax Pokémon. It’s a great addition to a game that’s always felt surprisingly solitary, even with the idea of meeting and trading Pokémon with people so ingrained into its gameplay for so long.

New mechanics like sneaking through grass or traveling the world have been expanded upon as well, and force you to stay aware as you make your way through a cave or forest. No longer will you have to deal with “random” encounters. In Sword and Shield, Pokémon sneak up on you. It’s a real treat, one that exhibits how alive the world feels.

While developer Game Freak has made strides in ensuring you can amass your collection of pocket monsters — Pokémon Bank functions as a cloud storage option for older Pokémon games — not every creature is in this iteration. Some fans of the company’s longtime “gotta catch ‘em all!” slogan may feel betrayed by the lack of an 800-plus roster of Pokémon to choose from, it’s been relatively impossible to amass the entire collection until quite recently anyway. Game Freak responded to the roster controversy, referring to the sheer number of Pokémon as a problem in terms of competitive gameplay as well as fidelity when it comes to making each included Pokémon feel like more than a static model.

That explains why almost everything in Pokémon Sword looks awesome, including the Pokémon. Developer Game Freak ditched the two-dimensional aesthetic in 2013 with the Nintendo 3DS’ Pokémon X & Y, and has gone on to offer even more refined versions of the game’s selection of creatures. The graphical overhaul encompasses everything from Pokémon (setting up a campground lets you play with, or cook for, your team) to your character (who can don new outfits and accessories).

But with that graduation comes a new set of challenges, challenges Pokémon Sword hasn’t yet mastered. Navigating menus still feels like an antiquated experience, and still occasionally frustrates despite welcome improvements to team management. In a game so full of well-implemented ideas, it’s a minor but persistent annoyance.

And then there’s the story. Pokémon has never been particularly strong in terms of its narrative — you are, for the most part, a young trainer capturing monsters, fighting fellow adventurers, and stopping the “villain of the week” style group or individual (in this case, the unruly “Team Yell” gang) from enacting their evil, clichéd scheme. Sword, unfortunately, doesn’t change much in terms of structure, and will leave you mostly nonplussed.

The low stakes, childish dialogue and lack of voice acting left a disappointing void where one would expect a character’s enthusiasm or personal mission to slot in perfectly. The more you play, the more you’ll wonder why they didn’t give all these beautifully rendered, eccentric characters dotting the region actual lines to utter. Even during the final encounter with the story’s antagonist, I longed for them to say literally anything instead of reading their monologue in a cutscene.

Minor missteps aside, Pokémon Sword does a formidable job of elevating the series, encapsulating what it means to be a Pokémon trainer. Toward the end of the story, as I approached the final series of battles for the title of Pokémon Champion, I grew surprisingly serious, a familiar feeling welling up after being dormant for over a decade. It was the anticipation of a difficult Pokémon battle, and the uncertainty it entailed. After my defeat, I chuckled aloud, processing what just happened and where I screwed up. You’ll lose more than a few matches if you’re not careful, if you’re unprepared or if you’re arrogant about your six-pack of pocket monsters. But when you play your cards right to send your opponents home, you’ll realize what separates the trainers from the masters, and what puts Pokémon Sword in a league of its own. 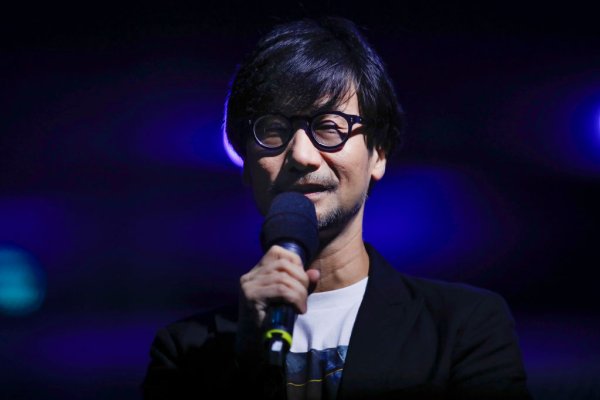 'We're Not Thinking About Others.' What Hideo Kojima Wants You to Learn From Death Stranding
Next Up: Editor's Pick