Here's How Detective Pikachu Brought Pokémon Into the Real World

When the trailer for Detective Pikachu was released last fall, a debate emerged online over a seemingly trivial question: Does Pikachu have fur?

While the cartoon version of the beloved Pokémon has a smooth exterior, the trailer for the live-action film adaptation, which opens May 10, showed the mouse-like creature covered in yellow fur, worn thin in some places and scruffily overgrown in others. Many fans were repulsed. “Seeing Pikachu with fur is just extremely unsettling and wrong and shouldn’t exist,” one user wrote on Twitter.

But for the film’s visual effects supervisor Erik Nordby, the answer was obvious. “How can it not be furry?’” he asks. “It would be this hard-surfaced yellow thing—the most disturbing thing in the world.”

The fiery conflict over such a minor detail exemplifies the challenge that the creative team behind Detective Pikachu faced in making the first live-action film in the 24-year history of Pokémon, a wildly popular Japanese anime and video-game series that exploded in the ’90s. Animating animals, as in recent live-action remakes of titles like The Jungle Book, is one matter. But transforming adored fictional creatures that have been drawn in one specific way for two decades is another entirely. The process saw more than a thousand digital artists across the world working for three years through trial and error, all against a backdrop of ceaseless debate.

Given the current wave of live-action adaptations raking in huge box office returns across the world, from Beauty and the Beast to Teenage Mutant Ninja Turtles to Paddington, it’s no surprise that the Pokémon Company would also want to bring their monsters into three dimensions. The film follows a former Pokémon trainer (Justice Smith) as he reluctantly teams up with a Pikachu (voiced by Ryan Reynolds) to solve his father’s murder.

But the creative team faced an elementary problem from the jump: many Pokémon creatures are physical impossibilities. One, Gyarados, has a gaping mouth that takes up most of its body and leaves little room for organs; Lickitung’s enormous tongue is far too large for its mouth.

“The way those characters are drawn don’t lend themselves to feeling real,” Nordby says. “The ratio of the eyeballs to the head, the ratio of the limbs to the body—all of these are challenges you have to approach.”

Nordby says there were about 25 Pokémon that were cut during the process after being deemed too complicated to translate. The martial arts fighter Sawk, for example, was discarded when animators failed to agree on the texture of its judo-inspired outfit. “For Pokémon, what might feel like clothes is actually skin,” he says. “We would have hour-long conversations trying to wrap our heads around that.”

The team settled on around 65 Pokémon that would appear in the movie and began trying to solve their anatomical riddles. “We’d build them as if they were an actual animal,” Nordby says of his team at the Moving Picture Company, a visual effects company. They created detailed skeletal and muscle systems for each Pokémon, visited zoos and consulted animal experts in order to have a reference point for every beak, tail or paw. The waddling four-legged Bulbasaur, for example, was based on a baby bulldog in its playfulness and top-heaviness. Pikachu started off very rabbit-like, but eventually became a cumulative creature inspired by the movements of marsupials and marmosets and the moonlike eyes of sugar gliders.

The Pokémon Company, however, had a different main priority: to protect its characters’ unique charms. They were concerned that the Pokémon looked too dirty or were in danger of falling into the uncanny valley. “They did not want us to add elements such as nails and eyelashes,” explains Ravi Bansal, the art director for the film’s creatures. It was also paramount that the designers preserve every creature’s sense of kawaii—a Japanese term that conveys cuteness and charm (think Hello Kitty or Totoro).

This push and pull between kawaii and gritty realism—especially given the film-noir style of the movie—necessitated dozens of sketches being sent back and forth. Jigglypuff, a cuddly singing sphere, for example, was drawn with a pigskin-like exterior before receiving closely cropped fur. The ape-like Aipom received fingers. Hidenaga Katakami, a producer on the film who works for the the Pokémon Company, says he asked the visual effects team to remove unhygienic aspects like “scruffy fur, stained teeth and blotchy skin.”

The team spent an inordinate amount of time on its main character, especially due to its venerated position in pop culture. Pikachu’s vibrantly yellow fur grew, shrank and fluctuated in color—the team actually took swatches of actual fur to filming locations to see how its colors would react to natural light. Reynolds, meanwhile, recorded his parts wearing a head camera so that his facial expressions would be reflected in his fluffy counterpart. “Many people around the world already know Pikachu, and we just could not damage their image of this iconic Pokémon,” Katakami says. “He had to be cute. That was non-negotiable.”

Another extremely difficult Pokémon to nail down was Mr. Mime, a disconcerting mute humanoid that relies on miming to communicate. Bansal says the Pokémon Company tried to dissuade them from using the character because of its creepiness, but director Rob Letterman felt the creature was essential for an interrogation scene. “We settled on the idea that every surface needed to feel like a toy,” Nordby says. They gave Mr. Mime foam dodgeballs for joints, hair tufts made of a Nerf-like material, and inflatable gloves you’d find at a fair.

Once the designs were finalized, a puppeteering company in London was commissioned to create 3-D Pokémon models and then operate them during filming. “We put the puppeteers through boot camps so that they understood the weight of a character; how fast they run or walk, and how they get up and down off surfaces,” Nordby says. The creatures’ expressions and textural details were sharpened during post-production using CGI.

Justice Smith on the set of "Detective Pikachu."
Giles Keyte

Since the initial outcry over the Pikachu’s fur, the general consensus online seems to have flipped over into enthusiastic anticipation. When the trailer for another live-action adaptation film, Sonic the Hedgehog, was released last week, many users wrote that Sonic’s design paled in comparison into Pikachu’s. “It’s like the Sonic movie is Detective Pikachu’s Picture of Dorian Grey,” one user wrote.

The movie’s creative team is unsurprised by this turn, and point to years of meticulous back-and-forth development and a fierce trust in their own transformative decisions. “What a razor’s edge it is,” says Nordby, “trying to find that character and knowing how many millions of people love it.” 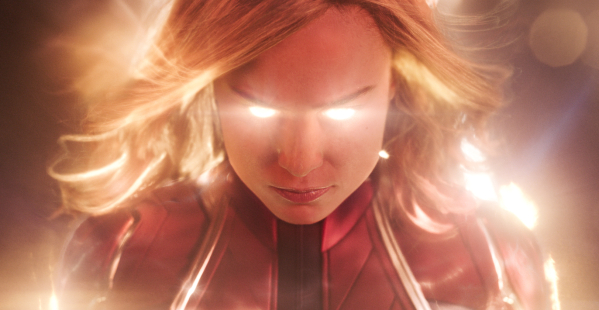 Who Would Win in a Fight Between Marvel's Strongest Characters? Help Us Pick a Winner
Next Up: Editor's Pick