Patrick spoke to Obama on Wednesday, a day before he officially announced his run for president, he told CBS This Morning on Thursday after releasing his official campaign video.

Patrick was coy when asked what Obama told him exactly. “Our conversations, I want to keep confidential, they always have been,” he said. “We both agree he has to remain neutral and wait and see who the nominee is.”

Patrick was previously a political contributor for CBS News, a job he gave up when he announced his presidential run. Speaking with former colleague Gayle King, he said: “He has the same concerns… that you’ve expressed on air and the encouragement that you’ve expressed off-air that we need to reach the best of America.”

He added: “That’s going to come from a whole lot of people who have checked out and who have felt, I think rightly, left out and left back. And what we want to do is bring them back in.”

Patrick announced his late move to join an already crowded field with a YouTube video on Thursday that focused on his background growing up on welfare in Chicago, and eventually attending college and law school.

“I’ve had a chance to live my American dream. But I’ve seen the path to that dream gradually closing off bit by bit,” Patrick said in his campaign video. “The anxiety and even anger in my neighborhood on the south-side [of Chicago], the sense that the government and the economy were letting us down… it’s what all folks in America feel today in all kinds of communities.”

With fewer than 100 days until the first caucus in Iowa, Patrick, 63, joined 17 Democrats in their presidential bid. Patrick served as Massachusetts governor for two terms, from 2007 to 2015, making him the second elected black governor in U.S. history. Before becoming governor, he was was a civil rights lawyers, but has also worked for Bain Capital

Speaking of his fellow candidates, Patrick said: “I admire and respect the candidates in the Democratic field, they bring a richness of ideas and experience and a depth of character which makes me proud to be a Democrat.”

The news comes after Patrick, who has close ties to Obama, previously talked about deciding not to run.

Patrick’s late bid comes after former New York Mayor Michael Bloomberg, who is still deciding on whether to run for president, put his name on the Democratic primary ballot in Alabama and Arkansas. 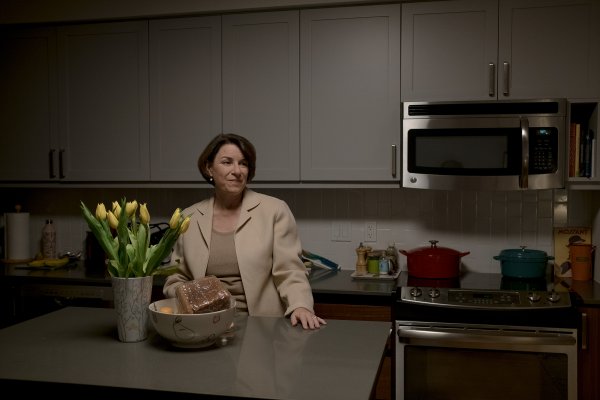 In the Democratic Primary, Amy Klobuchar Makes the Case for Pragmatism Over 'Pipe Dreams'
Next Up: Editor's Pick