This Taunting Burger Is a Horror Show No One Can Escape

Sometimes a food looks like a person to steer clear of and that’s certainly the case with this disturbing burger photo that’s making the viral rounds on reddit.

The snapshot has engaged an audience of thousands thanks to this burger, which seems to resemble an unfriendly face with a protruding tongue and menacing “teeth” for a haunting image that stays with you.

“Not sure if my burger is disrespecting or provoking me,” reddit user u/Daronion wrote when he shared the image in r/Pareidolia, a subreddit about perception and seeing human characteristics in inanimate objects.

On reddit, it’s been called a burger with teeth and compared to the Nightmare on Elm Street scene where Freddy’s mouth comes through the phone. Worst of all, some commenters suggested it was a mimic—a reference to the 1997 sci-fi film about a cockroach plague that spreads with an unstoppable force.

Whatever the case, the majority of people online perceive it to be extremely inedible. Suffice it to say it has people fully engrossed and grossed out.

It appears the burger is from the Romanian restaurant Boss MiniBurger, where burgers get topped with sweet onions, draped with cheddar, lettuce, tomato and red onion and flavored with a generous swipe of calypso sauce, based on a translation of the company’s website. Pretty standard fare. But, this burger in the photo appears to have an extra slice of meat.

Horror has a name and it is this petite treat. Wondered what your food looked like with a personality? See below and see it in your nightmares forever. 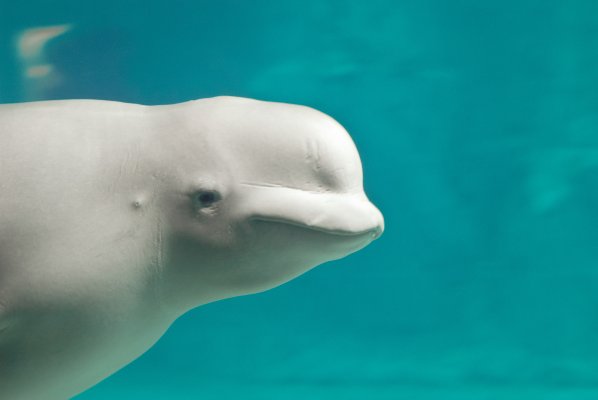 Playful Beluga Has a Better Time Playing Fetch Than Anyone Has Doing Anything Anywhere
Next Up: Editor's Pick