Camila Cabello and Maggie Rogers to Perform at TIME 100 Next

Camila Cabello and Maggie Rogers and will perform Nov. 14 at the first annual TIME 100 Next, which will convene and celebrate the leaders of tomorrow.

The event will also spotlight individuals from the first annual TIME 100 Next, a new list—and an expansion of TIME’s flagship TIME 100 franchise—that will highlight 100 rising stars who are shaping the future of business, entertainment, sports, politics, health, science, activism and more. This year’s TIME 100 Next list will be revealed on Nov. 13, one day before the event.

Cabello first rose to prominence as a member of the all-female ensemble Fifth Harmony before pivoting to a thriving solo career. The singer-songwriter, who was born in Cuba and raised in Miami, topped the Billboard 200 chart last year with her debut album, Camila, which featured the hit single “Havana” and was nominated for Best Pop Vocal Album at the Grammys. Her new album, Romance, is due out later this year.

Rogers shot to fame as a tender but powerful musical force in recent years. Her breakout hit “Alaska”, which features a dreamlike melody set to a gentle percussion, captivated listeners across the country. Earlier this year, she released her first major-label album, Heard It in a Past Life, which TIME described in a review as “an understated idiosyncratic mix of pop, folk and dance music.” 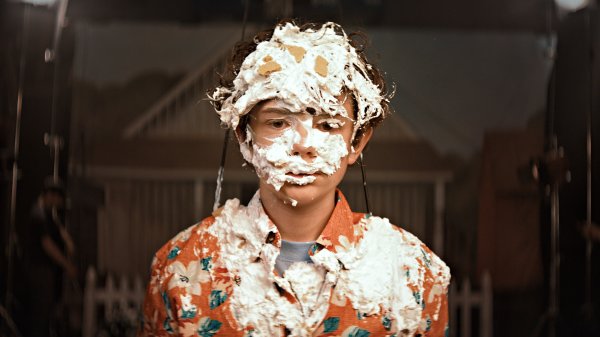 Shia LaBeouf Exorcizes a Demon in Honey Boy—Then Makes Peace With It
Next Up: Editor's Pick