The Genre-Defying Sound of Maggie Rogers

Maggie Rogers got her start the usual way for a 21st century star: the Internet. In 2016, a video captured producer Pharrell Williams tearing up in response to an original composition she played during a master class at New York University. The clip went viral, catapulting Rogers to fame and a record deal. Now, after racking up millions of streams, releasing a shimmering, moody EP in 2017 and performing on Saturday Night Live last fall, she’s released her first major-label album, Heard It in a Past Life. An understated, idiosyncratic mix of pop, folk and dance music, the album confirms Rogers as a tender but powerful musical force, putting her in the company of a group of solo female artists claiming space outside of the typical machines of pop, country or R&B.

In an era dominated by sounds on opposite ends of a spectrum–the high-ponytail pop of Ariana Grande and the tentative vulnerability of Julia Michaels–Rogers’ act is refreshingly direct. Raised in rural Maryland, she grew up playing harp and banjo and experimenting with samples collected in nature. She comes across as an earnest free spirit, a millennial in the vein of Joni Mitchell. Past Life, written in part in a barn at her childhood home, is rooted in familiar warmth but full of unexpected twists. On “The Knife,” she tinkers with metallic crackles and round bass beats. The tender percussion and sing-along lyrics of “Alaska,” the breakout hit adored by Williams, give it the feel of a drum-circle lullaby.

Rogers is pushing forward as part of a loose-knit collection of female singer-songwriters testing audiences’ preconceptions about stardom. Along with contemporaries like the R&B-inflected King Princess, alt-rocker Mitski and pop prodigy Billie Eilish, she has found a fan base agnostic to genre. Their sounds are eclectic, their voices equally at home over acoustic chords and heavily processed beats, and their careers shaped by twists of digital fate. But their music is much more than a viral trend. When Rogers sings “People change overnight,” she might as well be summing up her path so far. Becoming a sudden sensation is jarring, but she’s adjusting: “Things get strange, but I’m all right.” 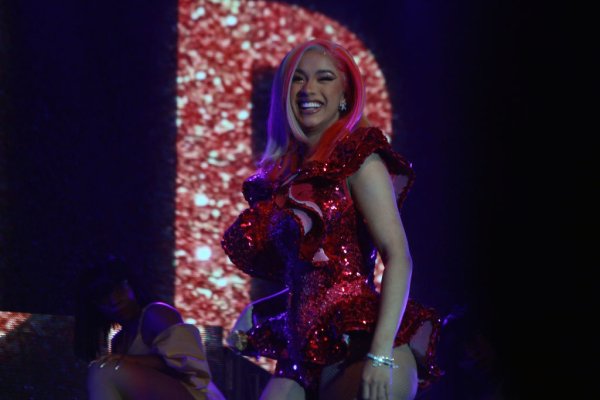 Cardi B Claps Back at Conservative Commentator Who Insults Her Intelligence
Next Up: Editor's Pick