Not many CEOs are credited with having as much impact as Steve Easterbrook had in his four years leading McDonald’s. During his tenure, the fast food giant nearly doubled its share price, and many analysts say he modernized the company when it was in danger of decline. None of that success could protect his job after he apparently violated a company-wide policy that barred supervisors from having relationships with subordinates.

Experts say the company had no choice but to enforce this policy. Especially since the start of the #MeToo movement, companies have been under increased pressure to show that they’re cracking down on all forms of sexual misconduct—and that now they need to show that no one is exempt, even successful C-suite executives.

“Companies and executives and boards are being far more sensitive to personal relationships, whether consensual or nonconsensual, than has been true in the past,” says Erika James, the dean of Emory University’s Goizueta Business School.

McDonald’s, in particular, has built an empire based on consistency. Its 36,000 restaurants worldwide are known not only for the company’s iconic golden arches, but also for the “billions and billions served” reliability of its products.

“Any organization that has a strong brand—they have that strong brand because of consistency,” says James.

Allowing Easterbrook to stay at the company would send the message that the company’s policies don’t matter—and that not everyone in the workforce will be treated equitably, Laurie Weingart, a professor of organizational behavior and theory at Carnegie Mellon University’s Tepper School of Business, says.

“Once you send the signal that you don’t walk the talk, you undermine all the other efforts that are taking place in the organization to make it a more inclusive and equitable environment, and one that’s free from harassment,” she says.

Workplace relationships aren’t necessarily new, but #MeToo has helped to highlight how problematic they can be when they involve a boss dating an underling. Weingart says that when a supervisor dates a subordinate, it’s impossible to eliminate the “power differential.” A supervisor has the power to give the employee unfair advantages—or ruin their career if the relationship takes a sour turn.

Easterbrook’s firing comes as workers at the company’s franchise and corporate restaurants have filed a slew of complaints and harassment-related lawsuits. The lawsuits from fast-food workers have usually come with assistance of nonprofits including the Fight for $15 organization, the American Civil Liberties Union (ACLU), and the TIME’S UP Legal Defense Fund. In May, the ACLU announced that 25 workers from across the country filed sexual harassment charges with the U.S. Equal Employment Opportunity Commission and lawsuits against the company.

Sharyn Tejani, Director of Time’s Up Legal Defense Fund, which was launched in January 2018 to assist survivors of sexual harassment and retaliation in the workplace, tells TIME that Easterbrook’s case shows the scale of the problem at McDonald’s. Cutting ties with the CEO isn’t enough, she says, the company should meet with workers who have been harassed at its stores and franchises.

How I Finally Stopped Micromanaging My Team

3 Questions You Should Never Be Afraid to Ask Your Manager

“The fact that their own CEO is violating their polices gives you an idea of how un-seriously McDonald’s take workplace sex harassment,” Tejani says. “And how important it is that it actually go forward and meet with the effected workers, and come up with policies and discipline and practices that are enforceable and take the workers needs into account.”

McDonald’s employee code says “employees who have a direct or indirect reporting relationship to each other are prohibited from dating or having a sexual relationship.” 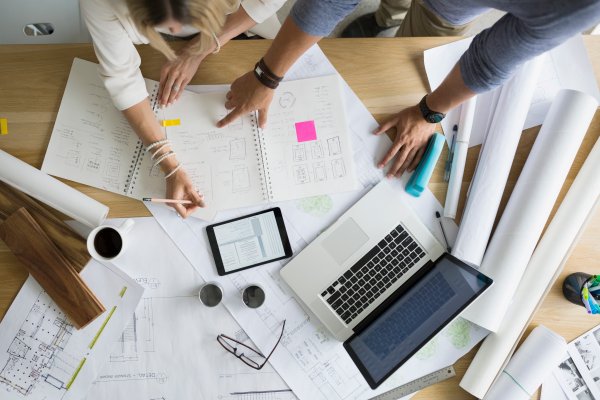 How I Finally Stopped Micromanaging My Team
EDIT POST